Within the Mystical Order

Each church season has its own set of special colors signifying special events and celebrations. You will find these colors in our altar linens and clergy vestments to underscore the season and accentuate our worship.

Purple, or Blue, is used during the seasons of Advent and Lent. Purple is a penitential color which is sometimes used for burials.

White, or Gold, is used at Christmas, Easter, Ascension tide, Transfiguration and at weddings and baptisms. The colors symbolize joy. These colors are often used now at burials to symbolize the joy of the resurrection.

Red, or Scarlet, is used at Pentecost and on Saint’s days (martyrs only). Red is also used for confirmations and ordinations. It symbolizes the “tongues of fire” of the Holy Spirit, as well as blood.

Green is used during the seasons of Epiphany and Pentecost. It is the universal color and symbolizes creation, nature and hope.

Black is used on Good Friday. It symbolizes grief.

For the Eucharistic Liturgy: Chasuble

The chasuble, also matching the liturgical color,  is the long, often ornate, sleeveless poncho-like garment worn by priests and bishops over the alb and stole during the sacrifice of the Mass. As he puts on the chasuble, he prays:

O Lord, Who said: My yoke is easy and My burden light: grant that I may bear it well and follow after You with thanksgiving. Amen.

The cope is a large mantle worn by clerics (including deacons) at some liturgical celebrations (but not at the Mass) — for example, during Processions and Benedictions of the Blessed Sacrament. It matches the color of the liturgy and is worn in the same way as the chasuble or dalmatic.

Deacon for the Eucharistic Liturgy: Dalmatic

Instead of a chasuble like a priest wears, the deacon wears the sleeved dalmatic, also matching the liturgical color, over his alb and stole. Bishops also wear a dalmatic at major solemn feasts and ordinations. It symbolizes charity, justice, and the sufferings of Christ. As he puts on the dalmatic, the deacon or bishop prays:

Lord, endow me with the garment of salvation, the vestment of joy, and with the dalmatic of justice ever encompass me.

The biretta is a tri-cornered or square-shaped hat with silk trim, tuft (except for the biretta of seminarians and cardinals) and three raised wings, called “horns,” on top at three corners (the side of the hat without the horn is worn on the left side of the head). It is made of scarlet silk for cardinals, violet silk for bishops, and black merlino for priests, deacons, and seminarians. 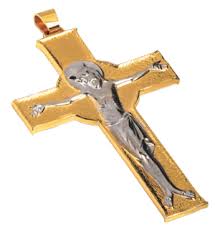 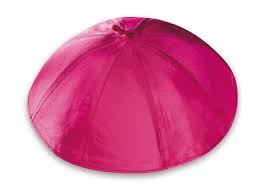 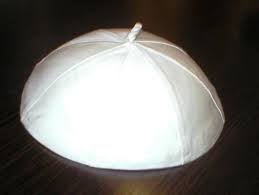 The zucchetto is the silk skullcap worn by bishops. The Patriarch zucchetto is white; the bishops’ zucchetti are violet or scarlet. Priests may use a black cloth zucchetto for everyday wear, but not during the ceremonial service.

The mitre imitates the Old Testament priestly head covering and is the headdress of bishops, worn at liturgical functions. The mitre will be worn by the chief by the chief consecrator at an ordination.(other Bishops can wear a mitre or biretta, but to dress uniformly will be better) It is very tall and made of layered white damask silk.

Symbol of the clerical office, immortality, and the yoke of Chris

The stole, matching the liturgical color, is a long, scarf-like vestment worn over the alb and under the dalmatic/chasuble. The priest wears the stole around his neck so that it hangs equally down his chest in front or forms an X-shaped Cross; the deacon wears his stole over the left shoulder and tied at his right side; the Bishop wears his stole so that it hangs equally down his chest. As he puts on the stole, the priest kisses the Cross on the stole and prays:

Restore unto me, O Lord, the stole of immortality, which was lost through the guilt of our first parents: and, although I am unworthy to approach Your sacred Mysteries, nevertheless grant unto me eternal joy.

The cincture ties the alb at the waist. As he ties it, he prays:

Gird me, O Lord, with the girdle of purity, and extinguish in me all evil desires, that the virtue of chastity may abide in me.

The mitre is perhaps the most distinctive symbol of the bishop. Although there is some dispute about how longstanding the tradition is (some claim it is from the time of the apostles) there is no question that mitres have been worn by bishops for at least 1,000 years. Mitres are usually white, gold or red, sometimes quite beautifully embroidered, and have two tails, called “lappets”, that fall from the back. The shape of the mitre represents the tongues of fire that rested on the heads of the disciples gathered in the upper room on the Day of Pentecost, when God sent the Holy Spirit to the Church. A bishop receives a mitre during his or her ordination as a bishop, when the Holy Spirit comes to the new bishop in the same way that the Holy Spirit came to the first disciples. You will notice that, during church services, bishops take their mitres on and off, depending on what is happening in the liturgy. For instance, the bishop always removes the mitre when offering prayer to God.

The cope, shaped like an outdoor overcoat worn during ancient Roman times, is a cape or cloak that is semicircular, richly ornamented, with a clasp in front and a hood in back. It is worn over the alb and stole. The bishop usually wears a cope at non-Eucharistic liturgies in place of the chasuble. He or she may wear a cope at the Eucharist during the entrance procession and even during the liturgy of the word. Bishops sometimes wear it when performing Episcopal functions such as ordinations and confirmations.

The chasuble, with an opening at the head, is an outermost vestment in an oval or oblong shape worn during the celebration of the Eucharist.

The stole is worn by bishops, priests and deacons when officiating at the Eucharist or other sacramental functions. The stole is of the liturgical color of the day and matches the material of the other vestments and may be decorated with different liturgical symbols. There are several theories regarding the origin of the stole’s use including a kind of liturgical napkin called an “orarium”, which is linked to the napkin used by Christ in washing the feet of his disciples, and is a fitting symbol of the yoke of Christ, the yoke of service. Others theorize that its origin is from the scarf of office among officials in the Roman Empire, used to denote rank.

The cassock derives historically from the tunic that was worn underneath the toga in classical antiquity. Bishops in the Episcopal church traditionally wear a purple cassock. The cassock is worn on non- Eucharistic occasions or when the bishop is visiting other dioceses. The cassock may be worn underneath a rochet, chemire and tippet. This is known as “choir dress”.

The rochet is a vestment of white linen or similar material that is generally used only by bishops. It has long sleeves that often end in ruffles. It usually is worn over a cassock.

The chimere is a red (Purple, Black) robe without sleeves. It is worn over a rochet.

The pectoral cross, usually made of silver or gold, was used by the pope in the 13th century and came into general use by bishops in the 16th century. As the name implies, it is usually suspended at or near the pectoral muscles or breastbone, hung on a chain from the neck of the bishop. The shape chosen for Bishops pectoral cross was inspired by designs found in a number of the Ethiopian Orthodox processional crosses from the 14th and 15th centuries. The shape meaning “to open, to extend oneself”. The dove at the center of the cross is a universal symbol of peace, and in Christian tradition, symbolizes the Holy Spirit. Moving “over the face of the waters”, the dove hovers over a crozier, the shepherd’s staff that is carried by the bishop. Tongues of fire descend on the bread and wine. These symbols point to the power of the Holy Spirit in creation, the ordination of Bishops. 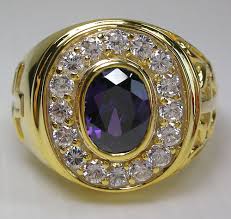 When a Minister is consecrated as Bishop, he receives a ring representing his office.

Since the Middle Ages, new bishops have received episcopal ring as a sign of the office. The ring is a symbol of the bishop’s faithfulness to God and the Church. The ring can be used as an official seal on documents that call for the bishop to affix a seal in sealing wax.

The crozier is the shepherd’s staff used by bishops. The crozier has always been in the Church a symbol of the bishop’s pastoral role. In the very early Church, it was made of wood, but in the early Middle Ages metal (silver and gold, depending on rank) was used instead. Wooden croziers again began to be used during the time of Vatican II and are common today.

On liturgical occasions, a bishop will be seen bearing a crozier, a staff with a curved or hooked top similar in appearance to a traditional shepherd’s staff. It is an object that is not only symbolic of the bishop’s role as shepherd or pastor, but also symbolic of the governing office of the bishop.

Bishops wear purple shirts, presumably so that we might all know the difference between bishops and priests and deacons. Some believe that it is because purple is the color of penitence and that bishops are supposed to be reminders of that. Others believe that the purple color for bishops is derived from the ancient tradition of reserving purple for royalty and others in authority as purple dye was a rare and valuable thing in the ancient world. Lydia of Tyre was a “seller of purple” in the Bible. Jesus also relates the story about “a rich man who was clothed in purple.”

SYMBOLS AND COLOURS WITHIN THE MYSTICAL CHURCH