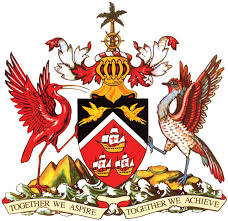 His ALL HOLINESS the Most Anointed Metropolitan Patriarch and Chief Apostle:

The Patriarch is from Trinidad and Tobago and is the head of the Church after God.

HIS ALL HOLINESS PATRIARCH AND CHIEF APOSTLE and residing NEW YORK Sir Dr. Darrindel Hoyte-Johnson, has been Leading THE Mystical Order of Spiritual Baptist Inc for the past five years. Having prior experience in  Ministerial Leadership and in the three-fold Ministry in Trinidad and Tobago. The Patriarch has won many accolades and has won the hearts of people within the region and the United States.

Many strange things will happen, storms will rise, and people come and go but keep in mind one basic truth: “THERE CAN BE NO ENCHANTMENT AGAINST JACOB AND THE MYSTICAL ORDER; NOR DIVINATION AGAINST STARLIGHT OF ISRAEL” 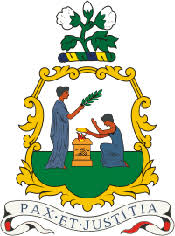 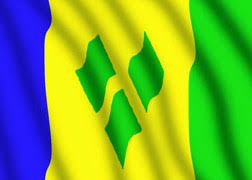 His Holiness the Anointed Metropolitan Patriarch and Presiding Prelate:

The Archbishop born in St. Vincent and the Grenadines and is a co-founder of the church and by divine revelation registered the NAME MYSTICAL ORDER. A name that was given to him with a message for this time. He is currently the Administrator of the church and recently the architect of the church website http://www.mysticalorderinc.org. He also created the email program that reaches many recipients daily.  He has a wealth of knowledge and is devoted to writing. Every week expect to read a message that will enlighten you along the way. Archbishop Sir Godfrey Gregg also holds the portfolios of Presiding Prelate, Administrator and Apostolic Head and is the Chairman of the Ordination and Consecration Committee.

Sir Godfrey Gregg has caused a movement within the Baptist Faith by unfolding truths that were hidden and is revealing to babes and sucklings.

Sir Godfrey Gregg was elevated to the Office of Divisional Patriarch on Sunday 16th October 2016. He also received his DEGREE Royal Order of The Mystical Court. During that ceremony, he performed his first role of conferring the same Degree on Archbishop Adonis. On his first anniversary as Divisional Patriarch, His All-Holiness Sir Darrindel Hoyte-Johnson by Decree has elevated Sir Godfrey Gregg to Patriarch and Presiding Prelate and will continue to hold the other portfolios at the pleasure of The Patriarch and Chief Apostle.

“Blessed are the pure in heart, for they shall see God.” Matthew 5:8

217 Days 21Hours 54Minutes 46Seconds
Copyright © 2022 THE MYSTICAL ORDER MINISTRIES
Design by ThemesDNA.com
We use cookies on our website to give you the most relevant experience by remembering your preferences and repeat visits. By clicking “Accept All”, you consent to the use of ALL the cookies. However, you may visit "Cookie Settings" to provide a controlled consent.
Cookie SettingsAccept All
Manage consent