The word Apostle has a number of meanings.  An apostle is a delegate, an ambassador of the gospel, a messenger, and officially a commissioner of Christ, and is usually reserved for those selected for a particular function in the church.  In Luke 6: 12-12 after a night spent in prayer, Jesus chose twelve out of a large number of disciples and called them Apostles. Mark emphasizes that the origin of mission and apostolate of the Twelve had been commissioned by Jesus Himself.

WHO IS AN APOSTLE

A.) An Apostle is identified by his spiritual authority.

Truly the signs of an apostle were wrought among you in all patience, in signs, and wonders, and mighty deeds. (2 Corinthians 12:12)

B.) An apostle is called by God, not men.

But from those who seemed to be something–whatever they were, it makes no difference to me; God shows personal favouritism to no man–for those who seemed to be something added nothing to me. But on the contrary, when they saw that the gospel for the uncircumcised had been committed to me, as the gospel for the circumcised was to Peter for He who worked effectively in Peter for the apostleship to the circumcised also worked effectively in me toward the Gentiles), and when James, Cephas, and John, who seemed to be pillars, perceived the grace that had been given to me, they gave me and Barnabas the right hand of fellowship, that we should go to the Gentiles and them to the circumcised. (Galatians 2:6-9)

There are various signs and attributes of an apostle:

A.) They are taught by God

But I certify you, brethren that the gospel which was preached of me is not after man. For I neither received it of man, neither was I taught it, but by the revelation of Jesus Christ. (Galatians 1:11-12)

B.) They minister in the power of God, not the wisdom of men

For our gospel came not unto you in word only, but also in power, and in the Holy Ghost, and in much assurance; as ye know what manner of men we were among you for your sake. (1 Thessalonians 1:5)

And they went forth, and preached everywhere, the Lord working with them, and confirming the word with signs following. Amen. (Mark 16:20)

And I, brethren, when I came to you, came not with Excellency of speech or of wisdom, declaring unto you the testimony of God. For I determined not to know anything among you, save Jesus Christ, and him crucified. And I was with you in weakness, and in fear, and in much trembling. And my speech and my preaching were not with enticing words of man’s wisdom, but in a demonstration of the Spirit and of power: That your faith should not stand in the wisdom of men, but in the power of God. (1 Corinthians 2:1-5)

Do we begin again to commend ourselves? or need we, as some others, epistles of commendation to you, or letters of commendation from you? Ye are our epistle written in our hearts, known and read of all men: Forasmuch as ye are manifestly declared to be the epistle of Christ ministered by us, written not with ink, but with the Spirit of the living God; not in tables of stone, but in fleshy tables of the heart. (2 Corinthians 3:1-3)

D.) They lead by Christ’s example

For our gospel came not unto you in word only, but also in power, and in the Holy Ghost, and in much assurance; as ye know what manner of men we were among you for your sake. And ye became followers of us, and of the Lord, having received the word in much affliction, with the joy of the Holy Ghost: So that ye were ensamples to all that believe in Macedonia and Achaia. (1 Thessalonians 1:5-7)

Now we command you, brethren, in the name of our Lord Jesus Christ, that ye withdraw yourselves from every brother that walketh disorderly, and not after the tradition which he received of us. For yourselves know how ye ought to follow us: for we behaved not ourselves disorderly among you… (2 Thessalonians 3:6-7)

E.) They please God, not men

But as we were allowed of God to be put in trust with the gospel, even so, we speak; not as pleasing men, but God, which trieth our hearts. (1 Thessalonians 2:4)

For do I now persuade men or God? or do I seek to please men? for if I yet pleased men, I should not be the servant of Christ. (Galatians 1:10)

For neither at any time used we flattering words, as ye know, nor a cloke of covetousness; God is a witness: (1 Thessalonians 2:5)

For we are not as many, which corrupt the word of God: but as of sincerity, but as of God, in the sight of God speak we in Christ. (2 Corinthians 2:17)

But have renounced the hidden things of dishonesty, not walking in craftiness, nor handling the word of God deceitfully; but by the manifestation of the truth commending ourselves to every man’s conscience in the sight of God. (2 Corinthians 4:2)

G.) They are gentle with the saints

But we were gentle among you, even as a nurse cherisheth her children: (1 Thessalonians 2:7)

H.) They are often self-supporting (a lack of funding from others does not deter them from their mission)

For ye remember, brethren, our labour and travail: for labouring night and day, because we would not be chargeable unto any of you, we preached unto you the gospel of God. (1 Thessalonians 2:9)

Neither did we eat any man’s bread for nought; but wrought with labour and travail night and day, that we might not be chargeable to any of you: Not because we have not power, but to make ourselves an example unto you to follow us. For even when we were with you, this we commanded you, that if any would not work, neither should he eat. (2 Thessalonians 3:8-10).

I have coveted no man’s silver, or gold, or apparel. Yea, ye yourselves know, that these hands have ministered unto my necessities, and to them that were with me. (Acts 20:33-34)

I.) They are holy, righteous, and blameless

Ye are witnesses and God also, how holily and justly and unblameably we behaved ourselves among you that believe: (1 Thessalonians 2:10)

J.) They exhort, comfort, and chasten as necessary

As ye know how we exhorted and comforted and charged [chastened or scourged] every one of you, as a father doth his children. (1 Thessalonians 2:11).

And ye have forgotten the exhortation which speaketh unto you as unto children, My son, despise not thou the chastening of the Lord, nor faint when thou art rebuked of him: For whom the Lord loveth he chasteneth, and scourgeth every son whom he receiveth. If ye endure chastening, God dealeth with you as with sons; for what son is he whom the father chasteneth not? But if ye be without chastisement, whereof all are partakers, then are ye bastards, and not sons. Now no chastening for the present seemeth to be joyous, but grievous: nevertheless, afterwards, it yieldeth the peaceable fruit of righteousness unto them which are exercised thereby. (Hebrews 12:5-8 and 11).

It is reported commonly that there is fornication among you, and such fornication as is not so much as named among the Gentiles, that one should have his father’s wife. And ye are puffed up and have not rather mourned, that he that hath done this deed might be taken away from among you. For I verily, as absent in body, but present in spirit, have judged already, as though I were present, concerning him that hath so done this deed, In the name of our Lord Jesus Christ, when ye are gathered together, and my spirit, with the power of our Lord Jesus Christ, To deliver such a one unto Satan for the destruction of the flesh, that the spirit may be saved in the day of the Lord Jesus. (1 Corinthians 5:1-5)

K.) Their glory is the glorious church

For what is our hope, or joy, or crown of rejoicing? Are not even ye in the presence of our Lord Jesus Christ at his coming? For ye are our glory and joy. (1 Thessalonians 2:19-20)

As also ye have acknowledged us in part that we are your rejoicing, even as ye also are ours in the day of the Lord Jesus. (2 Corinthians 1:14)

Therefore, my brethren dearly beloved and longed for, my joy and crown, so stand fast in the Lord, my dearly beloved. (Philippians 4:1)

L.) They endure hardship and persecution for the church’s sake

Even unto this present hour we both hunger, and thirst, and are naked, and are buffeted, and have no certain dwelling place; And labour, working with our own hands: being reviled, we bless; being persecuted, we suffer it: Being defamed, we entreat: we are made as the filth of the world, and are the offscouring of all things unto this day. (1 Corinthians 4:11-13)

To the present hour we both hunger and thirst and we are poorly clothed, and beaten, and homeless. And we labour, working with our own hands. Being reviled, we bless; being persecuted, we endure; being defamed, we entreat. We have been made as the filth of the world, the offscouring of all things until now. (1 Corinthians 4:11-13).

Are they ministers of Christ? –I speak as a fool–I am more: in labours more abundant, in stripes above measure, in prisons more frequently, in deaths often. From the Jews five times I received forty stripes minus one. Three times I was beaten with rods; once I was stoned; three times I was shipwrecked; a night and a day I have been in the deep; in journeys often, in perils of waters, in perils of robbers, in perils of my own countrymen, in perils of the Gentiles, in perils in the city, in perils in the wilderness, in perils in the sea, in perils among false brethren; in weariness and toil, in sleeplessness often, in hunger and thirst, in fastings often, in cold and nakedness– besides the other things, what comes upon me daily: my deep concern for all the churches. Who is weak, and I am not weak? Who is made to stumble, and I do not burn with indignation? If I must boast, I will boast in the things which concern my infirmity. The God and Father of our Lord Jesus Christ, who is blessed forever, know that I am not lying. (2 Corinthians 11:23-31).

Responsibilities of An Apostle 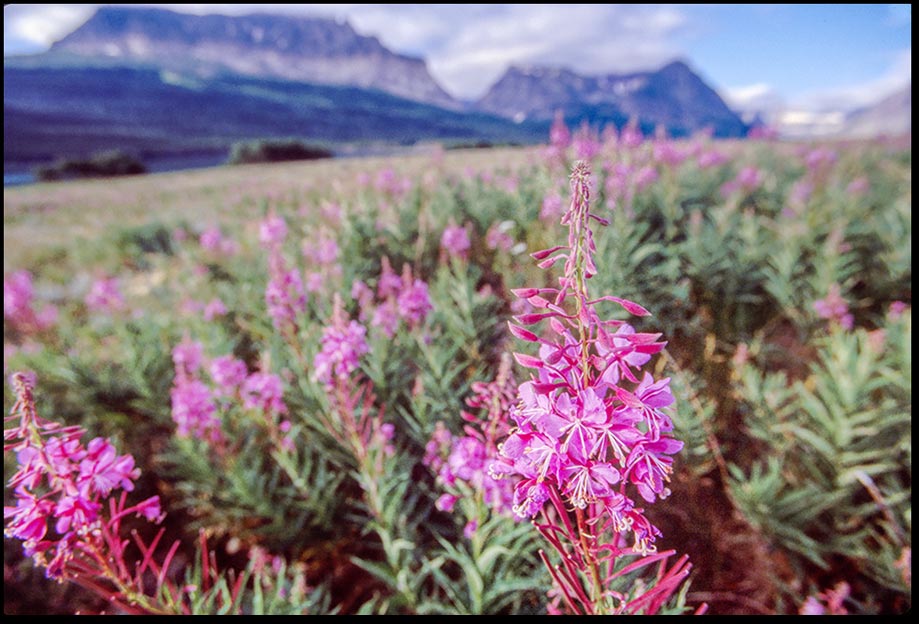 "Jesus began to teach them, saying, 'Blessed are the poor in spirit, for theirs is the kingdom of heaven.'" Matthew 5: 2-3

It will be ten years since the establishment of The Mystical Order with registration following a year later.16/09/2020
36 days to go.
-297Days -20Hours -41Minuts -1Seconds

PALM SUNDAY
WHAT ARE THE WHEELS IN EZEKIEL 1?
GRANVILLE WILLIAMS A LEADER
TRUE HABITS
THE GREAT COMMISSION

WALKING BEFORE THE LORD

LEAVE IT UP TO GOD

HH, Sir Godfrey Gregg D.Div "Be careful for nothing, but in every thing by prayer and supplication with thanksgiving let your requests be made known...
2020-08-10 • 0 Comments