False mercy is no better.

The pastoral person operating in unsanctified mercy simply seems like a nice guy. He fits our worldly idea of what a “pastor” should look and sound like. “Love, Acceptance, and Forgiveness” was a hugely popular book born from the pastoral and teaching outpourings of the 60s and 70s. This title symbolizes the ideals (idols) of false mercy: Love. Accept. Forgive. It neglects the severity of God, the chastening of sons, and yes, even the Scriptural shunning of false brethren. It allows for wolves to enter sheep pens and it shelters sin with a false covering. False mercy is as surely from the Tree of Knowledge of Good and Evil as soulish prophecy. There is nothing good in the natural human heart, including innate goodness.

Once human mercy is offered up as a sacrifice Godly mercy can come down from the heavens. It is this mercy — not mercy that strains to find virtue in wickedness — that triumphs over judgment.

False mercy will drive the prophetic from a congregation. It sees truth as unkind and intolerant. “We do not see our signs, there is no longer any prophet, ” reads Psalms 74:9. Without road signs, people lose their way. “Righteousness and peace have kissed each other,” says Psalms 85, but Proverbs 24:26 adds that “He who has a right answer kisses the lips.” The right answer is often released through the prophetic spirit while mercy without truth is simply flattery. Conversely, truth is likened to wisdom and wisdom is related Scripturally to honey. His truth is sweet.

Truth without mercy causes people to wither. Mercy without truth grows weeds. For the prophet and pastor to marry there must be a spirit of reciprocality. This denotes mutual respect, a giving that comes from both directions. Completeness. Balance. An equivalent counterpart. A reciprocal in mathematics means “the ratio of unity to a given quantity or expression; that by which the given quantity or expression is multiplied to produce unity.’

Math was never my subject, but it seems evident that the combining of separate but equal powers causes multiplication and unity.

In physical marriage, two become one flesh. The wife’s tenderness and pastoral spirit have softened and smoothed out the rough edges. Boldness and defence of truth have strengthened her. Yes, she is still who she is and I am still me.

In a spiritual marriage, there is also an impartation of one to the other. It can be expressed with nouns and adjectives. The Pastor (noun) becomes Prophetic (adjective) producing a Prophetic Pastor. The Prophet (noun) receives an impartation of the Pastoral (adjective) to become a Pastoral Prophet. An adjective “qualifies” its subject. Consequently, the prophetic qualifies the Pastor and the pastoral qualifies the Prophet.

Throughout Scripture, the wedding of mercy and truth produces healing in the land and a paved way before the Lord. Proverbs 2:3 even warns: “Let not mercy and truth forsake you,” while Psalm 89 says: “Mercy and truth go before Your face.”

Yokes are not designed to place one ox ahead of the other. They are designed side-by-side so that two can pull as one. Even when yokes are multiple as with Elijah and his 12-yoke team (24 oxen) the importance is not the placement of the ox but the ploughing of the field.

There can be much disputing about which is the “set man”, or senior elder in a congregation where there are multiple ministries.

In all truth, the “set man” sits at the right hand of the Father. He who performs the ceremony is greater than those being wedded. 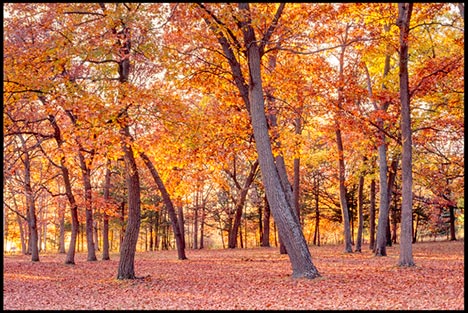