And God came to Laban the Syrian in a dream by night, and said unto him, Take heed that thou speak not to Jacob either good or bad. Genesis 31:24

This visitation of God made a deep impression on Laban. He refers to it afterwards as restraining him 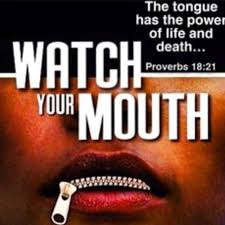 from injuring his runaway son-in-law. Jacob, too, was struck by it. It is very wonderful to find the Holy God casting the mantle of His protection around this crafty and deceitful soul. No doubt it was due to His covenant relationship with the family and race, of which Jacob was a most unworthy member (Genesis 30:13, and Genesis 30:42). But if God thus interposed for Jacob, will He not much more interpose for those who desire to be His obedient children? Where do you fit in in this order of protection?

God will lay an arrest on your persecutors. – Israel was rebuked because the exiles in Babylon thought they would perish before a man that could die, and the son of the man who was as grass and forgot their Maker, the Lord of heaven and earth. All around you, the fire may rage; but you shall walk amid it unscathed, if only you trust. No weapon formed against you shall prosper. Too often times we quote the word but without any understanding. We have to have a claim on something to reap the benefits and this is a particular area that we have to follow.

God will lay an arrest on trial. – His finger is always on our pulse, and the moment the pain becomes more than we can bear, He will stay it. His eye is ever upon His own.

God will lay an arrest on the power of the evil one. – We shall not be tempted beyond that we are able to bear. There is always thus far and no farther. “The Lord maketh a way in the sea, and a path in the mighty waters.” The Only-begotten of the Father keeps the sheep whom His Father has entrusted to Him. Not one of them can be devoured by the lion of hell. If only we believed this, we should be calmer, happier, even though circumstanced as Jacob. No need to altercate with Laban, but to look beyond him to the “Fear of Isaac.”

All these are promises of the Father to His children and He will honour His word and bring them to pass. David said he has never seen the righteous forsaken nor his seed beg for bread. Are you one of the seeds David is talking about?