This message is based mainly from the reading in the Book of (1 Kings 8) I will draw the old with the new and where we are today. A greater than Solomon is still here among us if we can only believe.

Jesus said, “The Queen of the South will rise up with this generation at the judgment and will condemn it because she came from the ends of the earth to hear the wisdom of Solomon; and behold, something greater than Solomon is here.” (Matthew 12:42). Notice that the last part of Jesus’ statement: “Something greater than Solomon is here.” Solomon was the son of David and became the third king of Israel. He was known for his wisdom in governmental affairs; he ran the country well and it prospered and grew under his leadership. Though Solomon would become lax in matters of faith later in his life, and make some tragic mistakes, as a ruler his wisdom was supreme.

Solomon built the first temple at Jerusalem. There are some good lessons to be learned from the dedication of the new temple.

The Ark of the Covenant

“Then the priests brought the ark of the covenant of the LORD to its place, into the inner sanctuary of the house, to the Most Holy place, under the wings of the cherubim. For the cherubim spread their wings over the place of the ark, and the cherubim made a covering over the ark and its poles from above. But the poles were so long that the ends of the poles could be seen from the holy place before the inner sanctuary, but they could not be seen outside; they are there to this day. There was nothing in the ark except the two tablets of stone which Moses put there at Horeb, where the LORD made a covenant with the sons of Israel when they came out of the land of Egypt.” (1 Kings 8:6-9).

The ark of the covenant was brought into the Most Holy Place in the inner sanctuary of the temple. At this time, a cloud filled the house of the Lord (1 Kings 8:11). Numerous sacrifices were being made (1 Kings 8:5). What a great temple Solomon had built! While you are looking at the magnificent Temple built by Solomon I want you to look in your life and see the Temple of God, the one He wants to dwell in.

But “something greater than Solomon” is here. It is a greater temple built by the Son of God. Today, it is the people of God who make up His temple as He dwells in our hearts by faith. Paul wrote: “Or do you not know that your body is a temple of the Holy Spirit who is in you, whom you have from God, and that you are not your own? For you have been bought with a price: therefore glorify God in your body.” (1 Corinthians 6:19-20; see also 1 Corinthians 3:16). Peter said, “And coming to Him as to a living stone which has been rejected by men, but is choice and precious in the sight of God, you also, as living stones, are being built up as a spiritual house for a holy priesthood, to offer up spiritual sacrifices acceptable to God through Jesus Christ. (1 Peter 2:4-5).

You see, a temple is a prepared place for God to dwell. So it is with the spiritual temple of God. We ought to understand that we speak in accommodative terms in that God did not literally occupy physical space in Solomon’s temple, but His presence was there in a unique sense. That is also true of His spiritual temple today; His people.

We also note that the spiritual temple is involved today with sacrifices which continue to be offered unto God. Paul said, “I beseech you therefore, brethren, by the mercies of God, that ye present your bodies a living sacrifice, holy, acceptable unto God, which is your reasonable service. 2 And be not conformed to this world: but be ye transformed by the renewing of your mind, that ye may prove what is that good, and acceptable, and perfect, will of God.” (Romans 12:1-2; see also Hebrews 13:16  But to do good and to communicate forget not: for with such sacrifices God is well pleased.). Solomon’s temple might have been awesome to behold, but “something greater than Solomon is here!” 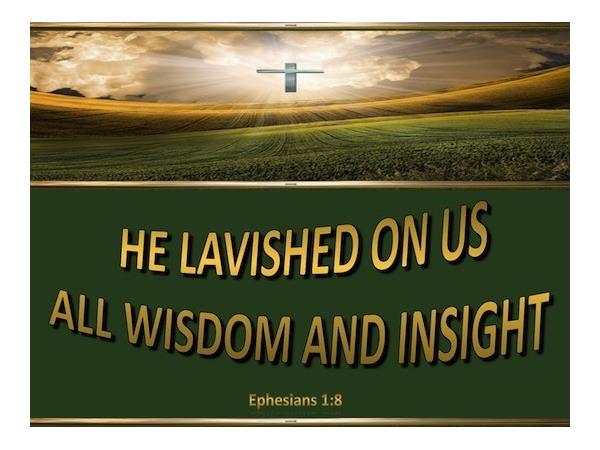 The point is that God keeps all of His promises to us. He had given certain promises to Israel concerning the land in which they now dwelled and had fulfilled them all (Joshua 24:14-16; 21; 24-28). He kept His covenant with them and expected them to also keep their side of it as well.

Today we live under a new covenant with the very same God. He expects the same out of us; to keep the covenant (Hebrews 8:1-13). God has made even better promises to us in this covenant. But, as with the first covenant, the promises of God are conditioned upon our continued faithfulness (Hebrews 3:6; 13-14; 10:23). Jesus is the source of eternal life to all who obey Him! (Hebrews 5:9). We have a better covenant. Yes, “something greater than Solomon is here!

Solomon also offered a public prayer before the altar at the dedication of his new temple. This prayer can be found in 1 Kings 8:22-53. He knelt on his knees and prayed, acknowledging dependence upon God (1 Kings 8:30). He petitioned God to hear the prayers of the people for mercy and forgiveness (1 Kings 8:33-36). Solomon also acknowledged that he understood that God did not literally take up space in the temple. He said, “But will God indeed dwell on the earth? Behold, heaven and the highest heaven cannot contain You, how much less this house which I have built! (1 Kings 8:27).

Prayer is a very special privilege for God’s people. But those who served as Solomon’s high priests were men, mortal and sinful, just like himself. They would die and need to be replaced.

But not so with our mediator (1 Timothy 2:15), advocate (1 John 2:1) and high priest. Jesus is our authority in prayer. It is in the name of the Son of God that we offer our prayers. He has no sins and does not die. He lives forever to make intercession for us. “But when Christ appeared as a high priest of the good things to come, He entered through the greater and more perfect tabernacle, not made with hands, that is to say, not of this creation; and not through the blood of goats and calves, but through His own blood, He entered the holy place once for all, having obtained eternal redemption.” (Hebrews 9:11-12). Yes, “something greater than Solomon is here!”

“May the LORD our God be with us, as He was with our fathers; may He not leave us or forsake us, that He may incline our hearts to Himself, to walk in all His ways and to keep His commandments and His statutes and His ordinances, which He commanded our fathers.” (1 Kings 8:57-58).

Solomon asked for both God’s continued blessings as well as the people’ continued faithfulness. Those two things are related, then as well as now. He also said, “…so that all the peoples of the earth may know that the LORD is God; there is no one else.” (1 Kings 8:60). Like then, our faith will cause others to know of our relationship with God. Remember, “something greater than Solomon is here!”

I pray that our faithfulness to Almighty God will continue as we dedicate our lives to Him our sole Authority and that He will continue to pour out His blessings on us. May we be reminded when we are tempted to sin that a greater than Solomon is among us. God bless us.