Early in our travels of The Mystical Court, we were told that we were seeking admission to a court, erected to God and dedicated to the Holy St. John. God, we know, for we had to state that we believed in God to be considered for membership. (Note that this belief was later elevated to the point of trust.) Who are these Saints John? They were considered to be appropriate models for us. We have two days on which we recognize and remember them.

The first St. John, the Baptist, is recognized by a special day, June 24th. The other, St. John the Evangelist, or apostle, has been designated a day, December 27th. Why these dates were considered, I do not know. There is one line of thought that credits these dates as being related to the summer and winter solstices, which are on or about June 22nd. and Dec. 22nd. This description will center on John the Baptist. The description of John the Evangelist will be presented later.

As we turn to our Rule and Guide, we find that John the Baptist is verified by John the Evangelist. In the Gospel of John, 1:6, we find these words: “There was a man sent from God, whose name was John. He came to bear witness of the light, that all men through him might believe.” So at this point, we find the man and the mission; John was to tell of the Light to come.

In Luke 1:5, we find an account which gives the parents of John, Zacharias and Elizabeth, who were both righteous before God. That is, they found favour with God in the performance of their priestly duties. As Zacharias performed his duties, an angel of God told him he would have a son as his prayer had been heard and would be answered. He further stated that his name would be called John.

He was also told, “Many shall rejoice. He shall not drink strong wine, and he will make ready a people for the coming Messiah.” He would also assume the vows of a Nazirite for life (this was common but only for short periods of time, three months, six months, etc.). Only three people, according to scripture, took the vows for life; Samuel, Samson, and John the Baptist. This vow simply stated, “you would serve God with your entire being.”

As a Jewish male, there were two very important days within the lifetime. The first was on the eighth day when the parents presented the male child to the priests for circumcision. At this point, the parents accepted the responsibility to rear the child according to the law (Leviticus 10:11, Deuteronomy 4:10, Deuteronomy 6:7, Deuteronomy 11:19). At twelve years of age, the second important day, the child is again presented to the priests and becomes an adult, now numbered in the census.

When presented to the priests on the eighth day, Zacharias probably offered the prayer, or its equivalent: Vouchsafe thine aid, God of Abraham, Isaac and Jacob, to this our present gathering, and grant that this candidate for your service may dedicate and devote his life to your service, and become a true and faithful servant among us. Endue him with a sufficiency of Thy divine wisdom that by the influence of your pure principles, he may display the beauties of holiness to Your name. (Note that his life is dedicated to service to God.)

Having dedicated and offered the child to God’s glory alone and service, Zacharias and Elizabeth probably spent the next twelve years in carrying out the awesome challenge of rearing a child acceptable to the committed vows.

At age twelve, he was again presented to the temple priests and re-presented to the people as a servant of the God of Abraham, Isaac and Jacob. He was probably given instructions similar to this: “You are charged strictly to act and walk uprightly, wherever you might be, and in whatever you do, before God and man, keeping your heart and conscience as pure and spotless as the sacrificial lamb.” He was probably given further instructions similar to the following: “The vow you are about to assume is extremely weighty, and carries with it may serious responsibilities. Were it not that your trust is in God, and that you have been taught to apply to him for strength and wisdom, you might well shrink from assuming it, for it cannot be repudiated nor laid aside.” Prevailing scriptures indicate that he answered in the affirmative.

This really marks the beginning of John’s ministry. After several years of preparation, he assumed his divine calling, fulfilling the mission he was sent to do. That is, to prepare the nation of Israel for the coming Messiah.

The law under which the nation of Israel lived was the law as given to Moses and interpreted by religious leaders. The law of Moses, the Ten Commandments, was the basis of all action. This was before the great commandment given by the Messiah, the law of Love and Charity, was given.

John’s message, Repent and be Baptized, was the theme of John’s ministry. Repent, or change your behaviour, and be baptized as a symbol of cleaning, and as a public profession of repentance. John gained a large following of disciples even to the extent of being given the name of John the Baptizer. These followers were in many cases reluctant to become followers of the Messiah later.

One question often asked after repentance baptism was, “What shall I do?” In Luke, John upset the religious leaders by saying, “If you have two coats, give one to someone who needs it.” That also applies to one who has more than enough food. Share it! None of the Ten Commandments required this. The prohibited taking or coveting it, but did not advocate giving it away. He could have said, “If you ever see a member of the human family in a destitute condition and you can relieve his distress, do so, for this is the principle upon which the Kingdom of God is erected. In Luke 3: 12-13, John tells the tax collector to take no more than that to which you are entitled, even if it be legal. He also had a message for employee-employer, merchant-customer and landlord-tenant relationships.

In Luke 3:14, John the Baptist instructed the soldier, even though it be legal, not to use their position in life to take advantage of anyone in another position.

John the Baptist is probably known by more people for his stand taken with Herod, whom he told his relationship with his brother’s wife was outside the will of God. To stand up against the ones in power is not the easiest thing to do. He could have said “Everybody is doing it” or “Its none of my business” or even “This is an alternative lifestyle.” or maybe “They love each other.” In either case, his life would not have had the same ending. We as members of The Mystical Court know the effect of “laying down one’s life rather than violate his vows.” What lesson could be taught if we violated our vow and saved our life? In John’s case standing up for what was right resulted in his imprisonment and subsequently his being beheaded.

Finally, in summing up the place of John the Baptist as a patron saint of The Mystical Court, may we ask the question: “If John the Baptist spent his entire life seeking, finding, and following the Lamb of the tribe of Judah, can we as Commanding Officers do any less?” 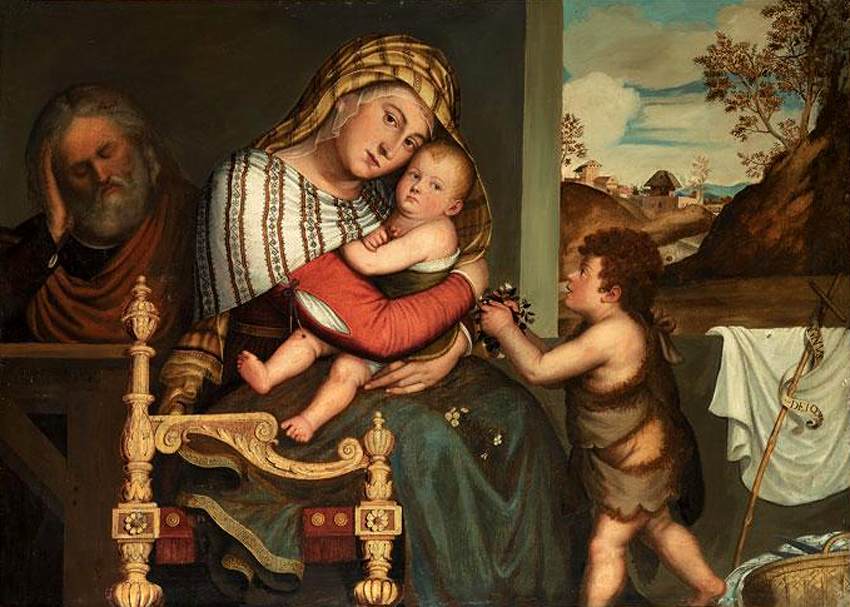