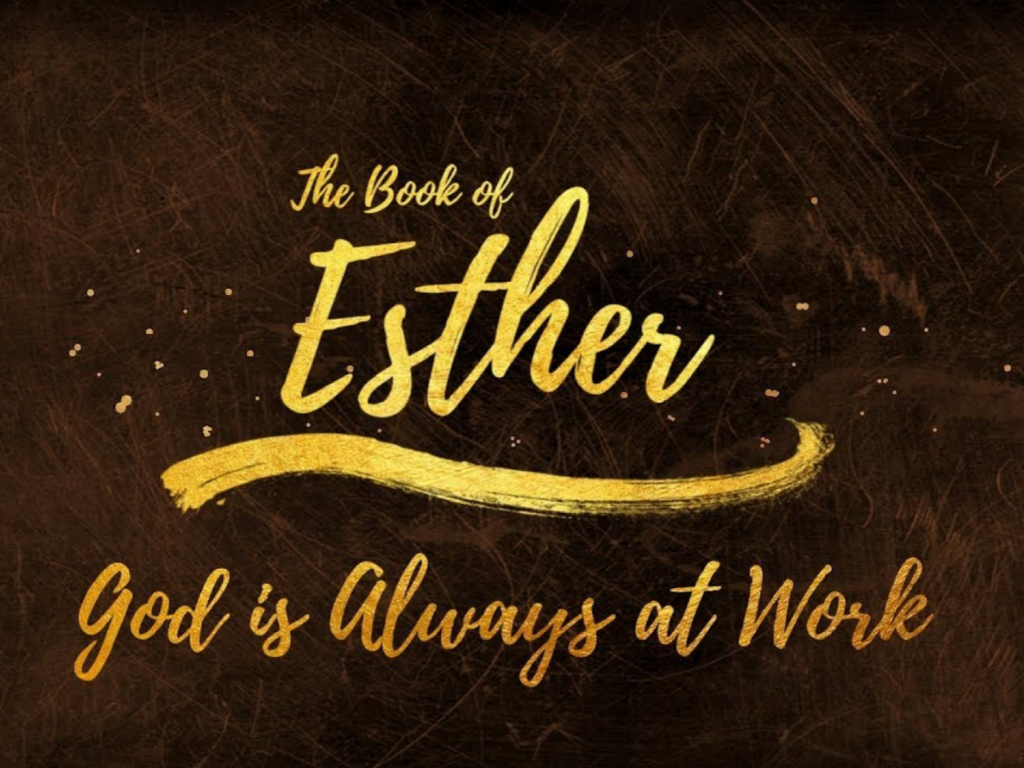 As we celebrated International Women’s Day, I reflected on the courageous and amazing women leaders in the Bible such as Ruth, Naomi, Mary, Martha, and Esther. I find these women inspiring and motivating. They encourage me to be a better person each day. As I took some time to journal my thoughts, I reflected on the character of these women particularly Esther, a favourite.

The Book of Esther: A Brief Background

Let me share a brief background with you on the Book of Esther. Esther means Star. Esther was the daughter of Abihail, and her guardian/mentor was Mordecai. Esther, an orphaned girl, became Queen of Persia and delivered her people from ruin. The least likely was chosen by God to step up in order to save a nation.

One of my most favourite facts about the Book of Esther is the example she sets by her love for her family and people and her faithfulness. She stepped forward in humble obedience to serve God and saved her people. Another important fact, God is not mentioned anywhere in the Book of Esther. Amazing, yes? But, we can find God revealed throughout the book of Esther since He chooses to work through His people to deliver His people. God is in every circumstance; we just need to reflect and ask Him for revelation.

I hope you find the traits listed below reflected in your own character. I also encourage you to read the Book of Esther to deepen your knowledge of Esther, a woman with a heart for God.

Esther used her position for good. She did not use her position to tear down or manipulate. Esther used her position for the greater good, to protect her people.
“On the third day, Esther put on her royal robes and stood in the inner court of the palace, in front of the king’s hall. The king was sitting on his royal throne in the hall, facing the entrance. When he saw Queen Esther standing in the court, he was pleased with her and held out to her the gold sceptre that was in his hand. So Esther approached and touched the tip of the sceptre.” Esther 5:1-2

Esther was chosen for such a time and timing is everything. Esther was selected as Queen to fulfil God’s purpose. She was chosen for a specific reason. It wasn’t about her; it was about Him. God has a plan for each of us, and we must wait for His direction and His leading. We must also be vigilant when called – if we do not answer the call, God may call someone else.
“For if you remain silent at this time, relief and deliverance for the Jews will arise from another place, but you and your father’s family will perish. And who knows but that you have come to your royal position for such a time as this?” Esther 4:14

Esther spent time in prayer and fasting seeking God’s guidance and favour. Prayer and fasting remove distractions and allows us to hunger for God, which intensifies our prayer life.
“Go, gather together all the Jews who are in Susa, and fast for me. Do not eat or drink for three days, night or day. I and my attendants will as fast as you do. When this is done, I will go to the king, even though it is against the law. And if I perish, I perish.” Esther 4:16

Esther acted with courage. To act with courage is a belief and faith in God. Esther stepped out in faith to do what was right. She acted in obedience.
“I will go to the king, even though it is against the law. And if I perish, I perish” Esther 4:16.

Esther was rewarded for her obedience. Her story of obedience and hope is inspirational. She used her position, voice, and faith to save a nation!
“In every province and in every city to which the edict of the king came, there was joy and gladness among the Jews, with feasting and celebrating. And many people of other nationalities became Jews because the fear of the Jews had seized them.” Esther 8:17

Time for your Reflection

Are you reflecting these qualities? Have you been in a position where you were asked to step out in faith, to be brave and use your position to do the right thing? Is God asking you to accept a position of influence to fulfil His purpose?