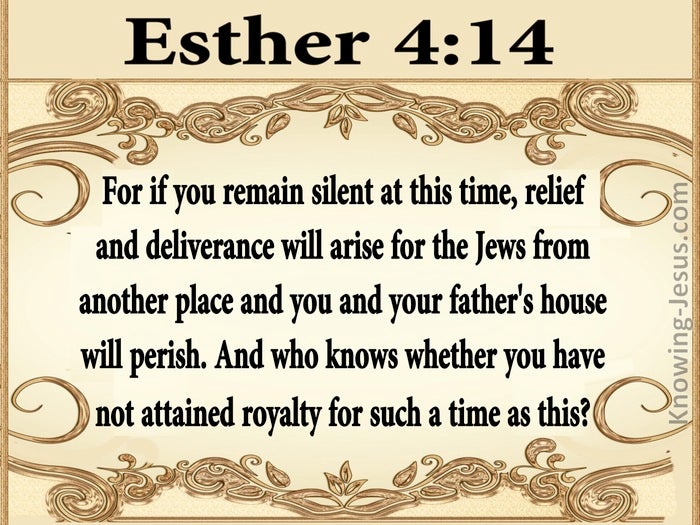 I remember like it was yesterday when a Gospel Hall preacher sat me down with others and told us the story of Esther from the Bible. I’d never heard this biblical account of the orphan who grew up to be a courageous queen, saving Israel from annihilation.

Night after night as Dave acted out from Scripture the scenes of Esther’s story, my heart longed to be a woman just like her. I was 10 years old at the time but hearing the account of Esther’s courage and faithfulness caused me to surrender my own life and future to whatever plans God had for my life.

Many books recount the historical and theological importance of the Jewish orphan who became a Persian Queen. While many record her influence upon history, your story can be influenced by Esther if you so desire. Who was Esther and why was she so important? Her story teaches us these valuable lessons:

1. God uses ordinary people.
Esther was born at a time when Israel was in captivity as a consequence of their disobedience to God. When Esther’s parents were killed, her cousin Mordecai adopted her as his daughter. Not only was Esther an ordinary woman living in a foreign land, but she was part of a minority race held in low esteem. So much so that when later she was chosen to be queen Mordecai advised her to keep secret her Jewish nationality (Esther 2:10).

On an ordinary day, God chose Esther to do through her what He had planned before she was even born. If God had a plan to use an ordinary girl like Esther maybe He has a plan for your life too (Ephesians 2:10)!

First Corinthians 10:11 says, “Now all these things happened to them as an example, but they were written for our instruction…” Imagine, God, penned Esther’s story so that you and I could learn, not only from her example but to also show us how He works sovereignly in the lives of ordinary people who submit to His ways.

2. She did not allow her difficult circumstances to make her bitter.
I cannot imagine the pain young Esther had to endure in her upbringing. In that tumultuous time, she would have been one of many Jewish children whose parents died. Rather than becoming rebellious and resentful over her troubled life, the Bible says Esther was obedient to Mordecai as she was brought up by him (Esther 2:20).

While some people who’ve grown up under painful circumstances tend to question God’s goodness and grow distrustful toward Him and others, Esther’s heart was tender and noticeably kind toward others.

When Esther was taken for the King’s beauty contest, she had no choice in the matter. Imagine, she would lose her virginity in the process and whether or not the King chose her as his wife, she would become his property––never allowed to return to her life with Mordecai (Esther 2:14). With so little control over her past or future, another woman might have reacted by turning into a control freak, but not Esther. She trusted God.

3. Her beauty did not make her prideful.
Esther Chapter 2 confirms she was indeed a beautiful woman. Along with all of the other lovely virgins, she was given access to 12 months of pampering and treatments to enhance her beauty.

I can only imagine what cattiness would have occurred amidst the harem of virgins awaiting their one night with the king. But Esther’s humble spirit shined brightly and she won favour in the eyes of all who saw her, including Hegai the king’s eunuch who had been put in charge of the virgins (Esther 2:15).

When the king summoned a virgin she was allowed to bring in with her whatever she thought would make her most attractive to the king. However, when Esther was summoned she took with her nothing except what Hegai advised––resulting in a positive response from the king.

4. God is Sovereign over the heart of the King.
When Esther spent the night with the king, God caused his heart to “love Esther more than all the women, and she won grace and favour in his sight” (Esther 2:17).

We can be encouraged knowing that the king’s heart truly is in the hands of the Lord and He turns it wherever He will (Proverbs 21:1). These days when all eyes seem to be on politics as our only hope, we can rest in knowing that God appoints leaders and uses them to accomplish His plan––whether they are godly leaders or not.

Romans 15:4 again reminds us to learn from biblical accounts, “Whatever written in former days was written for our instruction, that through endurance and through the encouragement of Scriptures we might have hope.”

5. She needed older mentors.
While Esther awaited her night with the king, we observe the depth of Mordecai’s love for his young cousin as he daily sought to learn of her well-being. Imagine how concerned Mordecai would have been for his beloved Esther.

Once Esther was queen, Mordecai proved to be a God-fearing man with a keen sense of discernment. He told Esther about a plot to kill the king that he’d uncovered, which saved the king’s life (Esther 2:21-22).

When Mordecai learned of another plot to annihilate the Jews, he asked Esther to implore the king to step in. When out of fear she declined, Mordecai helped her realize the reason God choose her to be queen. He said, “If you keep silent at this time, relief and deliverance will arise for the Jews from another place, but you and your father’s house will perish. And who knows whether you have not come to the kingdom for such a time as this” (Esther 4:14).

Titus 2 calls the older to teach the younger, which means God’s plan is and has always been to mentor the next generation how to discern and follow His ways. Wherever you find yourself in life, learn from Esther’s example to look to wiser, godly mentors to guide you through uncharted waters with eyes on Christ. And from Mordecai’s example don’t forget there’s always someone younger than you who needs to learn from your wisdom as well.

6. To be courageous was not her first response to God’s Call.
Remember Griffith, the Gospel Hall’s pastor from whom I first learned the story of Esther at his home in Bequia, St. Vincent and the Grenadines? He took extra care to recount Esther’s initial response was not one of courage. For some reason, her reluctant inclination makes her––well, real.

I love knowing that this heroine first reacted how I’m pretty sure I would have responded too. She needed a nudge from Mordecai to rethink her tendency to play it safe. And I’m pretty sure I’d need the same kick-in-the-pants should I face a similar situation––how about you?

7. She knew where to find her strength.
Once Esther took to heart Mordecai’s words of the reason she realized her rise to royalty had nothing to do with her beauty or God granting her a comfortable life. Instinctively Esther knew to turn to God for her strength. She replied, “Go, gather all the Jews…and hold a fast on my behalf…I and my young women will do the same” (Esther 4:15-16).

8. She waited on God’s timing.
Rather than jumping into action, Esther spent time in prayer, fasting, and waiting for God to direct how and when to approach the king. Unbeknownst to her as Esther and Mordecai prayed, God was at work on the king when one night he couldn’t sleep.

God used the king’s sleeplessness to cause him to call for the chronicles to be read. In this reading, the king was reminded of Mordecai’s hand in saving his life. Which launched the king toward events that would honour Mordecai and pronounce an edict that allowed the Jews to protect themselves from annihilation.

Waiting on God’s timing is often difficult but His timing is always perfect. Esther’s story reminds us to watch, pray and trust that God is at work even in causing sleepless nights to those for whom we pray. Doesn’t knowing how God sovereignly works according to His timetable give you a sense of trust in His providence and provision?

This is a great lesson for everyone to learn form these days. Had St. Vincent and the Grenadines been praying, I assure you that there would have been many sleepless nights as you await your answer. America should have been in prayer seeking God. Yet you keep grumbling, murmuring and complaining and God is watching the weakness of faith. Take a leaf out the life of Esther and her uncle. It is time to call a truce and get down and pray and fast for your deliverance. That the church awakens from its drowsy sleep. Arise and shine brethren for the Light has come and the Glory of God has risen upon you. 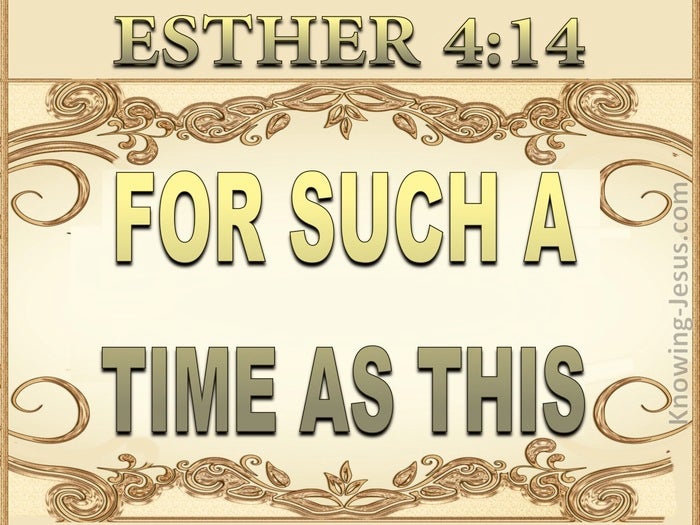