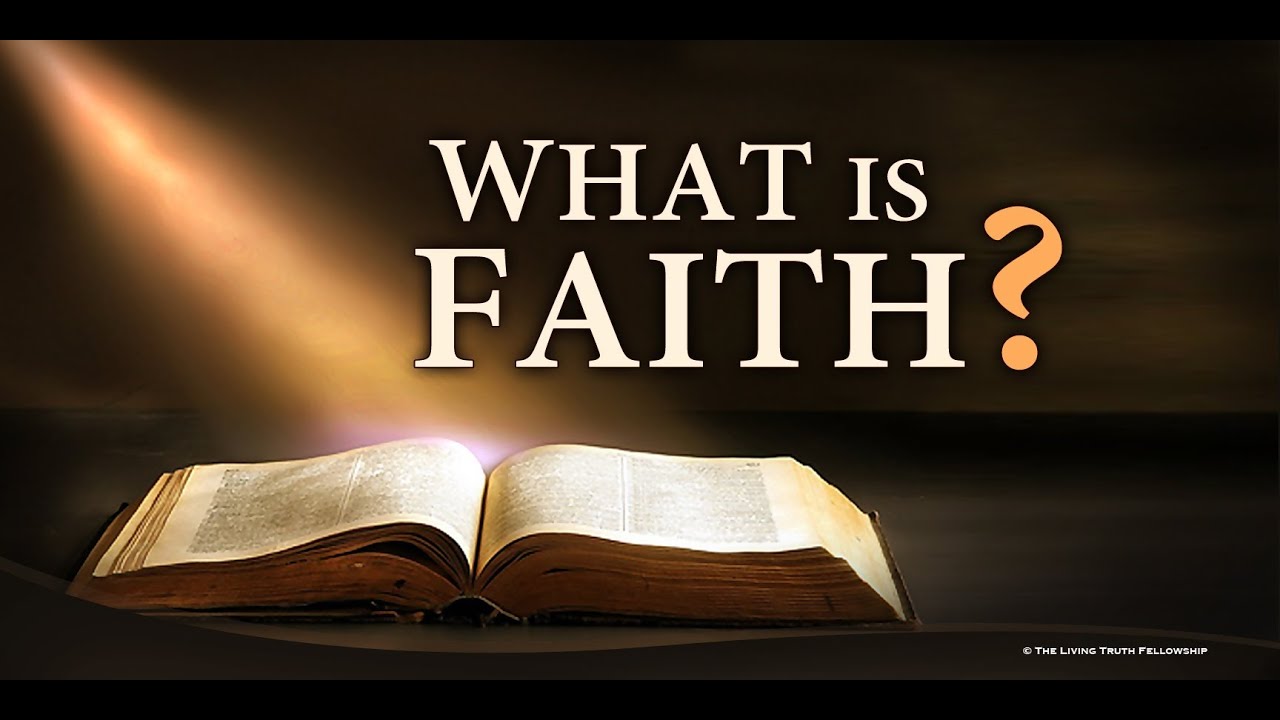 What is faith? It is trust, assurance and confidence in God. Living faith is shown by service and obedience to God. How can we increase our faith?

The expression “just have faith, it will work out” is used by people to encourage and comfort someone facing serious problems or stressful situations. But just what is faith as described in the Bible, and does it really work? Yes, it does but it is not something you see before your eyes. It is a substance of things not seen and if you believe it will become evident.

In the New Testament, the English word faith is used to translate the Greek word pistis. (In Greek mythology, Pistis was the personification of good faith, trust and reliability. In Christianity and in the New Testament, pistis is the word for “faith”. Wikipedia). The New Strong’s Expanded Dictionary of Bible Words says, “Pistis is used of belief with the predominate idea of trust (or confidence) whether in God or in Christ, springing from faith in the same. ‘Faith’ means trust, confidence, assurance, and belief”.

The Bible also defines pistis in Hebrews 11:1, “Now faith is the substance of things hoped for, the evidence of things not seen.”

Faith is the substance or assurance of things we hope for, but have not yet received. Faith (confidence, belief, trust) is also our evidence of that which is not seen—the invisible spiritual things. Faith comes before a prayer is answered or before an individual has received what he or she has requested from God. If we have received what we asked for, then faith is not needed.

What is faith? A New Testament example

An example of this definition is found in Matthew 9:27-30 where two blind men came to Jesus and asked Him to heal them. Jesus first asked them, “Do you believe that I am able to do this?” and their reply was, “Yes, Lord.” “Then He touched their eyes saying, ‘According to your faith let it be to you.’ And their eyes were opened.”

Their faith and assurance that Jesus could give them sight was the substance or reality they hoped for. It also gave them the evidence or trust that they would receive what they asked for. They believed; that is, they had faith in advance that it would be done.

An Old Testament example of faith

The three young Jewish men (Shadrach, Meshach and Abed-Nego) who refused to bow to the image told King Nebuchadnezzar: “If it be so, our God whom we serve is able to deliver us from the burning fiery furnace, and he will deliver us out of thine hand, O king.18 But if not, be it known unto thee, O king, that we will not serve thy gods, nor worship the golden image which thou hast set up.” (Daniel 3:17-18).

They did not know in advance how God would deliver them from the fiery furnace, whether at that time by saving their physical lives or later in the resurrection. Their faith or trust was the substance of what they hoped for, and it was the evidence of that which was not yet seen or received. That is the faith I am introducing you today.

Their faith or trust was built on serving God and obeying His commandments. They believed God would deliver them because they obeyed His commandments and did not bow down to worship any other gods.

Faith without works is dead

The apostle James, the half-brother of Jesus Christ, uses the example of Abraham, who had both faiths and works

because he believed God and he obeyed what God commanded him to do.

“Was not Abraham our father justified by works, when he had offered Isaac his son upon the altar? 22 Seest thou how faith wrought with his works, and by works was faith made perfect?” (James 2:21-22).

Real faith is more than just believing in God alone. It includes acting on that faith in one’s life by serving God and obeying His commandments.

Faith is increased by drawing closer to God through prayer and the study of His Word, the Bible. Some may argue that James’ teaching that we should obey the commandments of God is teaching that we are saved by works. That is not the case. The apostle Paul makes this clear when he says, “For by grace you have been saved through faith, and that not of yourselves; it is the gift of God, not of works, lest anyone should boast” (Ephesians 2:8-9).

Paul clearly understood and wrote that no one could earn salvation and that faith itself is a gift from God. Yet in the very next verse, he went on to say that we are God’s “For we are his workmanship, created in Christ Jesus unto good works, which God hath before ordained that we should walk in them.” (Ephesians 2:10).

Like James, Paul knew living faith would be accompanied by service and obedience to God and His laws. Paul wrote in Romans 3:31, “Do we then make void the law through faith? Certainly not! On the contrary, we establish the law.”

What is the difference between faith and belief?

Many in Christianity today use the words faith and belief interchangeably. But is there a difference between these words in the Bible?

Generally, they are synonymous, and sometimes they are translated from the same Greek word. Actually, the only time the word belief appears in the King James Version of the Bible, it is translated from pistis, the word for faith (But we are bound to give thanks alway to God for you, brethren beloved of the Lord, because God hath from the beginning chosen you to salvation through sanctification of the Spirit and belief of the truth: 2 Thessalonians 2:13).

But the word believe can carry a different shade of meaning.

The apostle James wrote in his epistle about what he called dead faith. Dead faith is when one believes in God, but does not obey His commandments.

James wrote, “Thou believest that there is one God; thou doest well: the devils also believe, and tremble. 20 But wilt thou know, O vain man, that faith without works is dead?” (James 2:19-20).

As Christians, we must strive for living faith—belief in God demonstrated by good works according to His laws and commandments. If we simply believe in Jesus Christ, believe that God exists and believe that He is the Creator God, we’re on the same level of belief as to the demons!

But if our belief in these things inspires us to be obedient to God and changes the way we live our life, then we truly have faith and will be considered faithful if we consistently increase and grow in our relationship with God.

God gives faith to those who seek it 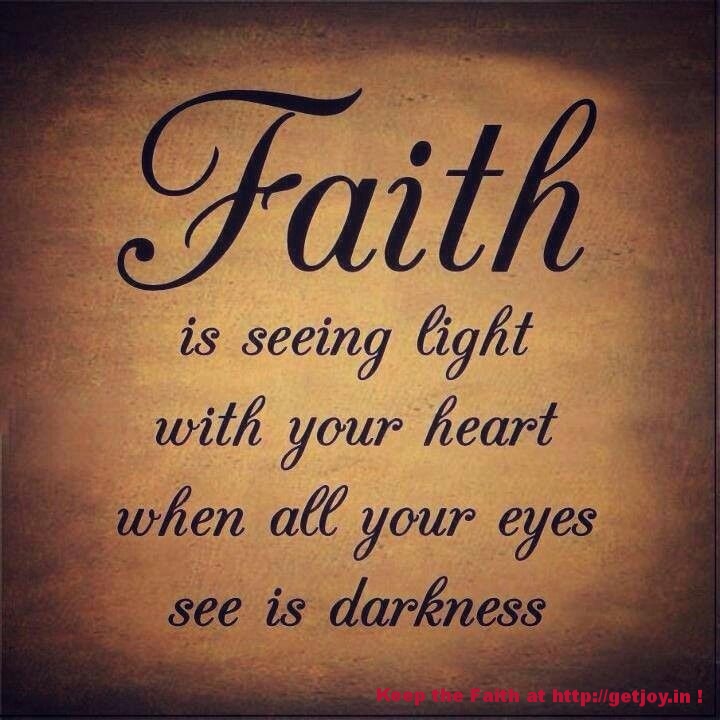 Faith is increased by drawing closer to God through prayer and the study of His Word, the Bible.

Paul told the Philippians to “Be careful for nothing; [don’t worry] but in everything by prayer and supplication with thanksgiving let your requests be made known unto God. 7 And the peace of God, which passeth all understanding, shall keep your hearts and minds through Christ Jesus.” (Philippians 4:6-7).

The members of the Church of God in Philippi believed God’s Word, and they obeyed His commandments. As they listened and followed Paul’s instruction on giving their cares to God in believing prayer, their faith (belief and trust) was increased.

Another way faith is increased is by reading or hearing examples of faith in the Bible publicly expounded. This is mentioned in Romans 10:17. “So then faith comes by hearing, and hearing by the word of God.”

Today, we have the complete Word of God in many different translations. The Bible is God’s inspired Word to mankind. When we read the Bible, our faith (confidence and assurance) in God and Jesus Christ to answer our prayers and bring us through impossible situations increases.

What is faith? To summarize, faith is trust, assurance and confidence in God and Jesus Christ. Living faith is not just believing that God exists. It is demonstrated by one’s service and obedience to God.

God will increase our faith if we fervently ask Him for it and seek to draw closer to Him in prayer and the reading of His Word.