I promised to continue this message today with one reference that causes a delay when we fail to see God in action.

This is the first mistake the Israelites made. There are a lot of reasons for the delays that happen in your life but this one is your own fault. God says don’t be afraid. They were afraid to go forward at the Red Sea. And they were afraid to enter the Promise land because of the walled cities and the giants. They said `We are afraid… The people there are stronger and taller than we are and the cities are walled cities.” They had enough faith to move out of Egypt but they didn’t have enough faith to move into the Promised Land. They were afraid.

The problem with fear is that it keeps you in the wilderness; in the desert and barren stages of life. It prolongs the delay. Fear and faith cannot live together in the same house. Many of your dreams have never been fulfilled, not because of God, but because of you. Because you wouldn’t step out in faith. God says Don’t fear. Fear causes delays in your life and keeps you from moving ahead.

The antidote to fear is to focus on God’s presence.

Exodus 13:18, “But God led the people about, through the way of the wilderness of the Red sea: and the children of Israel went up harnessed out of the land of Egypt.” 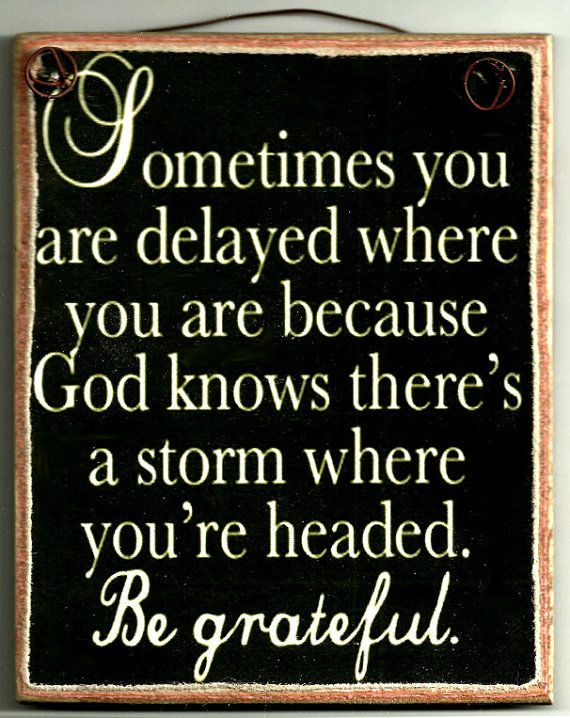 Someone says there are 365 “fear nots” in the Bible. If that is true, then that’s one for every day of the year. God is saying, no matter what you’re facing don’t be afraid. “Fear not, for I am with you.” Not because of positive thinking or motivational tapes or pulling yourself up by the psychological bootstraps. You’ll never face any situation in life that God isn’t facing it with you. We tend to forget that, and when we do we start being afraid. Don’t fear but focus on God’s presence — He’s with you all the time.

Some of you are in the delay phase right now. You’ve been praying about something and it hasn’t happened yet. You start to think that God has forgotten you. God has not forgotten you. He knows what you’re going through. It is a delay by design. God wants to build your character and He wants you to learn to trust in Him. You can count on Him for His help. Don’t fear.

TO BE CONTINUED TOMORROW …..