Let me continue to open up the mind of Paul our brother as he instructs his assistant Titus. There is a great deal that we can learn from the letters written by Paul and sent to Titus his assistant. Titus 3:10-11

Let’s look closer at these two verses and what they tell us about the church-divider. First, notice . . .

1. WHAT HE PRESENTS HIMSELF TO BE.

In the translation I’m using, Paul calls him a “divisive man”. The New American Standard translation has it that he’s a “factious man”. But it may surprise you to know that the Greek word that Paul uses to describe the church-divider is hairetikos—and that’s the word from which we get our English word “heretic”. He’s literally a “heretical man”.

Originally, that word referred to the idea of taking something up or choosing something for one’s self. By New Testament times, the word was used to refer to “a sect” or “a party” that “took up” or “chose” for itself a specific set of beliefs or thoughts or opinions that distinguished it from others. In Acts 5:17, for example, this word was used to describe the Sadducees—saying that they were “the sect of the Sadducees”. (Then the high priest rose up, and all they that were with him, (which is the sect of the Sadducees,) and were filled with indignation,) Acts 15:5 likewise uses this word when it refers to “the sect of the Pharisees who believed”. (But there rose up certain of the sect of the Pharisees which believed, saying, That it was needful to circumcise them, and to command them to keep the law of Moses.) In Acts 24:5; Paul was referred to as “a ringleader of the sect of the Nazarenes”. Here is the full verse in Paul words. (For we have found this man a pestilent fellow, and a mover of sedition among all the Jews throughout the world, and a ringleader of the sect of the Nazarenes:) There you have it and from the beginning of the church Paul was sounding the warning with those that formed themselves in groups to destroy the foundation of the church. Here Paul is speaking directly to Titus his assistant to look for these men and women and deal with them directly and according to the Holy Writ.

Now; what Paul was referring to in this morning’s passage is someone who was operating within the church family, and who was seeking to distinguish himself or herself from the others within the church. They were trying to establish their own little “sect” or “party” within the community of faith. In other words, they were “heretical” in the sense they were “divisive” and “factious”.

A “divisive man or woman” maybe someone who has taken up a cause that is clearly contrary to the teaching of God’s word. Paul, for example, went so far as to name names in 2 Timothy 2:17-18; saying, 17 And their word will eat as doth a canker: of whom is Hymenaeus and Philetus; 18 Who concerning the truth have erred, saying that the resurrection is past already; and overthrow the faith of some.” But—and this is very important!—it may also be someone who advocates divisions over things that are not necessarily “false”, but that is simply non-essential to the faith. Paul wrote out of great concern for the Corinthians, “For,” he said, “it has been declared to me concerning you, my brethren, by those of Chloe’s household, that there are contentions among you. Now I say this, that each of you says, ‘11 For it hath been declared unto me of you, my brethren, by them which are of the house of Chloe, that there are contentions among you. 12 Now this I say, that every one of you saith, I am of Paul; and I of Apollos; and I of Cephas; and I of Christ.’ (1 Corinthians 1:11-12).

Now; let me be clear, my dear brothers and sisters. There are, without question, some things that are definitely worth dividing ourselves from others over. We are to make sure that we stand rock-solid together on the fundamental truths of the gospel of Jesus Christ as they are taught to us in the Bible. We are to “3 Endeavouring to keep the unity of the Spirit in the bond of peace. 4 There is one body, and one Spirit, even as ye are called in one hope of your calling; 5 One Lord, one faith, one baptism, 6 One God and Father of all, who is above all, and through all, and in you all. ” (Ephesians 4:3-6). Those are among the things that constitute our essential unity in Christ, and we must keep ourselves separate from anyone who would deny those things or try to unite the people of God around something else. May I say here that if your teachings are not leading one to the center or to Christ, my brothers and sisters be aware and mark those that cause division and separation. I say here that those teachings that are contrary to the word of God is false and must be rejected. It is time for you to save your souls.

But Paul was also urging Titus to be just as much on the alert against anyone who would seek to make divisions in the church over non-essential things—over such things we would recognize today as which political party you should belong to, or which style of music we should have in church, or whether or not your baptism counts if it was sprinkling rather than immersion, one dip or three, Why you ‘mourn’ and under what authority, what about the cities you travel or over what foods are acceptable. (I’m tempted to make a long list, but you get the idea.)

Now; Paul doesn’t call us to jump in and deal with a church-divider in a reckless manner. We’re all prone to sin; and in a mad effort to ferret out a “divider”, we may—ourselves—easily become divisive.

So, note carefully that Paul tells us . . . as we continue this message tomorrow 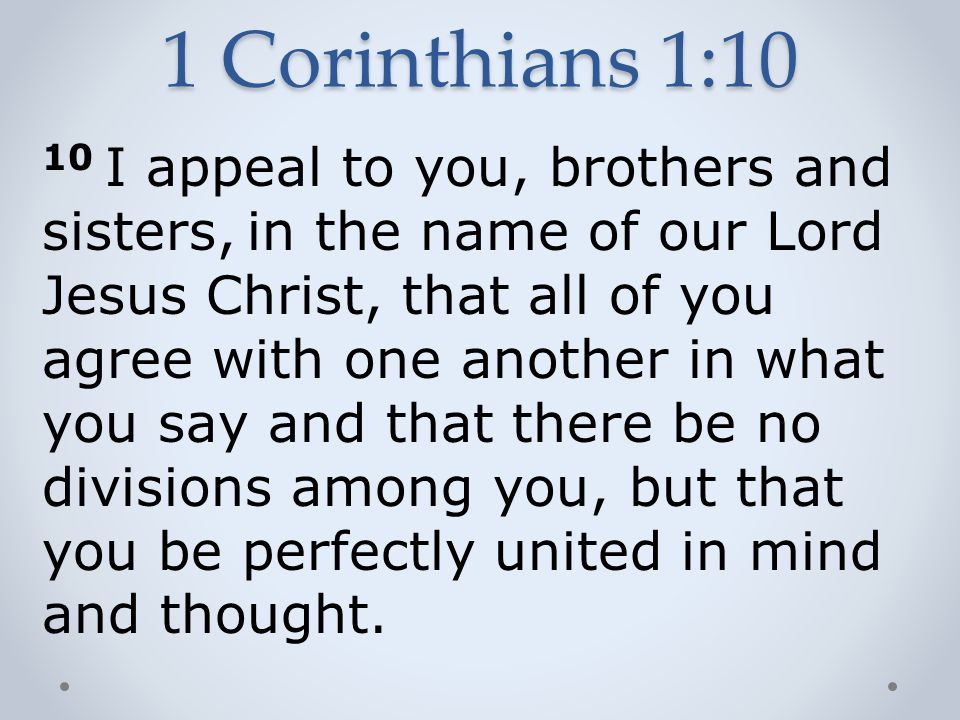