I want to look at the following Scripture from (1 Samuel 18-20; 23; 31) We will use this for our message and pray you to find some comfort in these words. 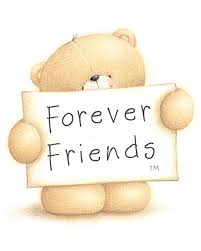 What is a friend? I assume that most people make 500 or more acquaintances each year, but have fewer than ten personal friends. Most of us have twenty to one hundred casual friends we relate to from time to time. Close friends involve associates, personal friendships, and those of whom we share mentor relationships. But beyond that are best friends—those with whom we share deepest feelings and hopes. Some people may have active, current intimate friends.

What are the marks of a good friendship? For most of us, an illustration is more helpful than a definition. The Bible presents the friendship of David and Jonathan. In many ways, this friendship was most unlikely. David was the son of a poor shepherd. Jonathan was a prince, the son of King Saul. Saul was insanely jealous of David. David could have been a threat to Jonathan. The friendship of David and Jonathan was in the midst of romance, violence, suspicion, jealousy, retaliation, loyalty, treachery, secrets, and hideaways.

We can learn from their story that friendships grow because of what friends are themselves and because of how they relate to those outside the friendship.

Great friendships must share deeply. For some this sharing is emotional and for others, it is primarily mental. Friendship listens, speaks, understands, and accepts because there is a bond. When you look for a friend, look for that bond of commonality.

The friendship continues with a covenant. The basic and most characteristic mark of the David and Jonathan friendship was a willingness to commit unqualified loyalty. This covenant marked the very beginning of the friendship (18:3) and was repeated (20:16, 42). Renewing the covenant of their friendship was the last thing they did the final time they met (23:18). The covenant of friendship was made openly, sacrificially, repeatedly, and lastingly.

The sustaining basis for friendship is loyalty. This particularly means loyalty in the midst of adversity. “A friend loves 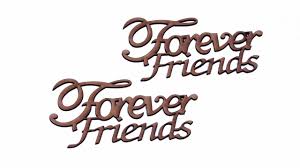 at all times, and a brother is born for adversity” (Proverbs 17:17). The basis for real friendship is not just the good times, but also the bad times. Some of Paul’s loneliest words were found in 2 Timothy 4:16, “At my first defence, no one came to my support, but everyone deserted me.” Paul founded numerous churches and must have had hundreds of acquaintances. Yet he had to stand alone in bad times. I stand with Paul as a loner and without any friends. However, I continue my service to the Lord and the church ministering to others every day.

Friendship grows with expressions of concern. This expressions of concern can take the form of gifts and guidance. We express concern through giving to friends. Jonathan shared with David gifts of prominence and practicality (18:4). He gave David his prince’s robe which was a mark of prominence. He also gave his sword and bow, rare gifts of great value. Self-sacrifice is a measure of friendship. “Each of you should look not only to your own interests but to the interests of others” (Philippians 2:4). Do you have a friend for whom you would set aside personal interest, cancel a vacation to meet a friend’s deep need, or accept the care of their children temporarily or even permanently? Friendship expresses concern through gifts.

But friendship also expresses concern through guidance. More than once Jonathan guided David through warnings and acts of protection (19:1-2; 20:12-13). Friends help solve problems, share alternate solutions, and ask for counsel or help. “As iron sharpens iron, so one man sharpens another” (Proverbs 27:17).

Friendship consoles. The highest moment of the David and Jonathan friendship is recorded in 1 Samuel 23:16, “And Saul’s son Jonathan went to David at Horesh and helped him find strength in God.” Friends inevitably drive you to or from God. Jonathan encouraged David by calming his fears, assuring him of a stable future, and pledging his personal faithfulness. That is not a bad definition of friendship: one who helps you find strength in God.

Friends not only relate to each other, but they also relate to those outside the friendship about one another.

Good friends defend. On more than one occasion Jonathan defended David to Saul. He became his friend’s advocate (19:3-7). In a tense moment, Jonathan defended Davids actions, motives, and intentions. Knowing Saul’s short temper, that was a courageous act, even for a son. One way to defend a friend is by never breaking confidences. Few things destroy a friendship more quickly than broken confidence.

Good friends reconcile. Jonathan so loved David that he reconciled Saul to David (v. 6). In fact, Saul then restored David to his place at the royal court. Friends should care enough to try to heal the wounds between others. Barnabas was such a friend to Paul that he reconciled Paul to the Jerusalem Christians (Acts 9:27).

For many friendship ends with death. Jonathan died (31:2) and David was never the same. Christian friends can expect something better. Peter, Andrew, James, and John, Paul and Silas and others are still friends today—2,000 years of friendship. How? They all had another Friend—the Lord Jesus Christ. When He is your Friend everyone who shares that friendship will be friends forever.

Christian friendship will deepen forever. You can spend forever knowing more and going deeper with friends when Jesus is your friend in common.