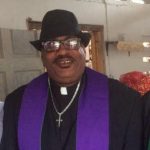 10 For the land, whither thou goest in to possess it, is not as the land of Egypt, from whence ye came out, where thou sowedst thy seed, and wateredst it with thy foot, as a garden of herbs:11 But the land, whither ye go to possess it, is a land of hills and valleys, and drinketh water of the rain of heaven:12 A land which the Lord thy God careth for: the eyes of the Lord thy God are always upon it, from the beginning of the year even unto the end of the year. Deuteronomy 11:10-12

What are the reflections which are especially appropriate to “the beginning of the year”? It occupies, as it were, a middle position between the year which has just closed, and which you cannot recall, and that portion of time of equal duration on which you have entered; and it thus invites you to look back to the one, to look forward to the other, and in connection with both to look up to that God who has brought you safely through the former, and who alone can determine the events that will befall you during the course of the latter.

1. LOOK BACK ON THE YEAR WHICH HAS EXPIRED.

The man of business is accustomed at this season to review the transactions of the preceding year, that he may ascertain the amount of his gains and losses. And it becomes you as rational, as immortal, and as accountable beings, to reflect seriously on all that you have received and endured and done during the past year, that thus you may be able to correct what has been wrong, and to supply what has been wanting, in your character and conduct, so as to be better prepared for the trial which you must undergo when you leave the present scene of activity.

1. The outward blessings you have received, and the manner in which you have employed them.

3. The trials you have endured, and the effect which they have had upon you.

4. The sins you have committed, and the sentiments and feelings which they have awakened in you. Have you been led gradually to think less of the evil involved in them, and to indulge in them with diminishing repugnance? Or have you been prompted to increased vigilance, in avoiding everything that has a tendency to betray you into them, and increased care to keep at a distance from them, and shun even the appearance of them? In the one case, there is evidence that you have been making a mock at sin, or have looked on it as a trivial thing, which ought not to awaken in you any deep distress; in the other, there is ground for the conclusion that you possess the broken and contrite spirit which God does not despise.

2. LOOK FORWARD TO THE YEAR WHICH HAS COMMENCED.

I do not mean that you should look forward to it with the design of discovering the events which will occur in your history, or the vicissitudes which you will experience during its course. That would be a vain attempt; and if it were practicable, it would be unwise in you to make it. But your ignorance of futurity should urge you to seek preparedness for the events that will befall you, whatever they may be. You ought not, indeed, to conjecture new and unusual circumstances in which it is possible that you may be placed, and to distract your thoughts from present duties, by considering what in all probability you would do, were these conjectures to be realised; for the grace, or Divine assistance, which the Christian is encouraged to ask, is grace for present need, and not present grace for future supposed necessities. Still, however, there is a state of habitual preparedness for everything that may occur in his future life, which it is of the highest importance for you to possess. Now, there is a two-fold preparedness for death which you should desire to possess. The first is a preparedness as to state, which imparts a title to eternal blessedness. And the second is a preparedness as to character, which fits or capacitates for the enjoyment of eternal blessedness.

3. LOOK UPWARD TO GOD, IN CONNECTION BOTH WITH THE RETROSPECT OF THE PAST AND WITH THE ANTICIPATION OF THE FUTURE.

1. With self-dedication. Cherish a sincere desire and resolution to have Jehovah for your God. Enter now into covenant with Him, if you have not hitherto done so; and if in past times you have chosen Him to be your God, renew your solemn engagement to Him.

2. With the confession of sin, and engagement to holiness. Let your contemplation of the past prompt to a humble acknowledgement of the greatness and inexcusableness of the offences by which you have provoked the Divine displeasure, and let the anticipation of the future be accompanied with sincere resolutions of new obedience.

3. With a prayer for forgiveness and needed grace. Ask God in His great mercy to pardon the sins of the past year, and to grant to you that assistance which will enable you to avoid these sins during the year that has commenced.

4. With gratitude and confidence. While you cherish thankfulness to God for the goodness which He has manifested to you during the past year, cherish also reliance on His kindness and care for the year that is to come.

May the Grace of Almighty God be with us all in this year 2020. I pray and ask that God will bless The Mystical Order and Starlight of Israel in this New Year. That God will bless the land of my birth, the Republic of Trinidad and Tobago. The birthplace of my Patriarch Sir Godfrey Gregg the land of the Blessed Saint Vincent and the Grenadines. I also ask that God will give more grace to our Archbishop Sir Adrian, our members around the world and to my beloved Administrator of this platform http://www.mysticalorderinc.org Sir Godfrey Gregg who affords me to privilege to greet you. With all I have asked for I will not forget to ask blessings on these United States of America. HAPPY NEW YEAR 2020