“ Let all bitterness, and wrath, and anger, and clamour, and evil speaking, be put away from you, with all malice:” Ephesians 4:31

It is very difficult to understand some situations if you were never a part of the foundation. Many times we speak without knowledge of the occasion that we are part of should we show up late. There are times that we speak without an invitation and that triggers a tantrum and then our temper comes into question.

Losing your temper, raising your voice, and letting your temper control you break the heart of the Holy Spirit. While it is possible to get angry and not sin, more often than not, when we are angry we do sin. When we fly off the handle, failing to exercise self-control (which is a fruit of the Spirit), we grieve the Holy Spirit.

Ephesians 4:31 commands believers to “get rid of” every form of such fits of anger. The word in this verse for “get rid of” is a verb that literally means, “to lift up and carry away.” A good illustration for this idea is taking out the trash. Each week most of us haul the garbage away from our house and leave it on the curb to be picked up. That is exactly the word Paul uses here. You should treat your temper like garbage, hauling it from the heart and leaving it at the curb where it belongs.

It is interesting that someone once noticed that “anger” is just one letter short of “danger.” Up until 40 years ago, we had never seen this played out in a phenomenon called “Road Rage.” Now, however, we are all familiar with that term. Road rage doesn’t just happen on highways. It happens in homes and in hearts, and it grieves the Holy Spirit. I will go further, to see rage present in the church and that is very dangerous. I have seen it first-hand where people argue for positions and ended on the verge of a fight

Have you ever noticed that when you lose your temper you automatically raise your voice? Talking louder, or yelling, does not make us more effective. In fact, the opposite is true; it makes us less effective. Such behaviour doesn’t help a situation; it only hinders it. In fact, raising your voice makes you look foolish.

Anger, when left unchecked, is dangerous. It will almost always lead to sin, which grieves the heart of the Holy Spirit. It also destroys relationships and many times are hard to bounce back on the mend. 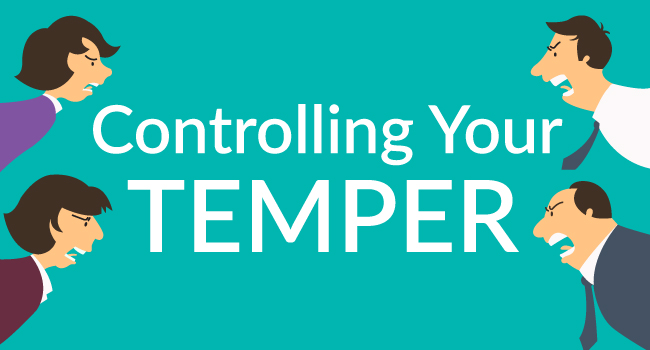 “God covers the heavens with clouds, provides rain for the earth and makes grass sprout on the mountains.” Psalm 147:8

HH, Sir Godfrey Gregg D.Div And these are the kings that reigned in the land of Edom, before there reigned any king over the children...
2021-01-13 • 0 Comments

THE HIGHER PURPOSE OF WINTER