So ran the law of Moses. It forbade the imposition of punishment on the relatives of the wrong doer, but it had no mercy on him. “The soul that sinneth, it shall die,” was the succinct and conclusive verdict of the older law, in this reflecting the spirit and letter of one yet older, which ran, “The day that thou eatest thereof thou shalt surely die.”

First, we were dead in our sins. Ephesians 2:5 puts this beyond all doubt. In the sight of God, all who walk according 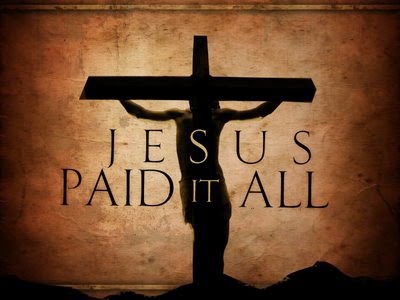 Second, we have died for our sins. 2 Corinthians 514-15 establishes this fact, and shows that in Jesus, we who believe in Him, are reckoned to have died in Him when He bore our sins in his own body on the tree. In God’s estimate, His death is imputed to us; so that we are reckoned as having satisfied, in Jesus, the demands of a broken law. It has no more to ask.

Third, we must die to our sin. Romans 6:11. Reckon that you have died, and whenever sin arises, to menace or allure you, point back to the grave, and argue that since you died in Christ, you have passed altogether beyond its jurisdiction, for you have yielded your members as weapons of righteousness unto God. And having been crucified with Christ, you now no longer live, but Christ liveth in you. Let it become your daily habit to place the grave of Jesus between yourself and all allurements of the world, the flesh, and the devil.

"I am with you and will watch over you wherever you go and I will bring you back to this land..." Genesis 28:15