The margin suggests that the thought of giving for God’s house would ascend in a man’s heart, till it became the royal and predominant thought, swaying the whole man to obedience. It is a beautiful conception!

For the reconstruction of the Temple, there were two classes of revenue: the tribute money which each Israelite was bound to give, and the money which a man might feel prompted to give. Surely the latter was the more precious in the eye of God. 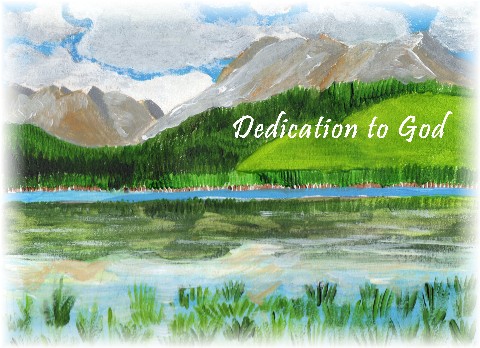 Does it ever come into your heart to bring some money into the house of God? Perhaps the suggestion comes, but you put it away and refuse to consider it. The thought begins to ascend in your heart, but you thrust it down and back, saying, Why should I part with what has cost me so much to get! Beware of stifling these generous promptings. To yield to them would bring untold blessing into heart and life. Besides, the money is only yours as stewardship; and the thought to give it to God is only the Master’s request for his own.

The great mistake with us all is, that we do not hold all our property at God’s disposal, seeking his directions for its administration; and that we forget how freely we have received that we may resemble our Father in heaven, and freely give. Too many, alas! are anxious to hoard up and keep for themselves that which God has given them, instead of counting themselves and all they have as purchased property, and using all things as his representatives and trustees. Let us make a complete surrender to our Lord and from the heart sing,