Then they said one to another, We do not well: this day is a day of good tidings, and we hold our peace: if we tarry till the morning light, some mischief will come upon us: now therefore come, that we may go and tell the king’s household. 2 Kings 7:9

It was indeed. The enemy that bad so long hemmed them in had dispersed, leaving a great spoil behind. The famine which had driven the people to awful straits was at an end, and there was now plenty of everything. It was inhuman for these four lepers to be content with eating and drinking, and sharing out the spoil, when hard by a city was in agony. Common humanity bade them give information about what had happened.

Let us take care lest some mischief befalls us if we withhold the blessed Gospel from a dying world. We know that Jesus has died and risen again and that his unsearchable riches wait for appropriation. We have availed ourselves of the offer; but let us see to it that so far as we can, we are making known that the wine and milk may be obtained without money and without price.

Mischief always overtakes a selfish policy; whereas those who dare to share with others what they have received, not only keep what they have but find the fragments enough for many days afterwards. 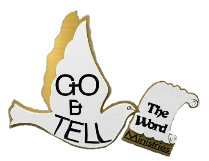 Let us tell men that the Saviour has overcome our foes, and has opened the kingdom of heaven to all who believe. Let us speak from a full heart of all that He has proved to be. Let us invite men to share with us the grace which hath neither shore nor bound.

One ounce of testimony is worth a ton weight of argument and overpowers all objection. The Lord, on whom the king leaned, derided the possibility of the prophet’s prediction; and no doubt had plenty of adherents. But the leper’s report swept all his words to the winds. They had known, tasted, and handled. Let us remember that we are called to be witnesses of what God hath done for us.