When God called me to launch The Mystical Order and later The Mystical Brotherhood, I knew it would come with opposition. I’ll admit, I never thought it would play out with literal Sanballats. But that’s just what has happened—and often these Sanballats come in sheep’s clothing.
Sanballat is an enemy of revival and brings strong opposition to what God wants to build. Sanballat is a critical persecutor who brings false accusations against the work and the people putting their hand to the plough. And Sanballat will rally others to the opposition against you, like Tobiahs and Geshems, just like he did to Nehemiah.

The spirit of Sanballat’s goal is to discourage you—to get you to quit what God has called you to do. This spirit’s overarching mission is to thwart God’s work. It’s a judgmental, mocking, insidious spirit that, again, sometimes comes in sheep’s clothing. Someone flowing in this spirit may even offer to come alongside and help you, but its intentions are to tear down—not build up—the figurative wall God is calling you to build. 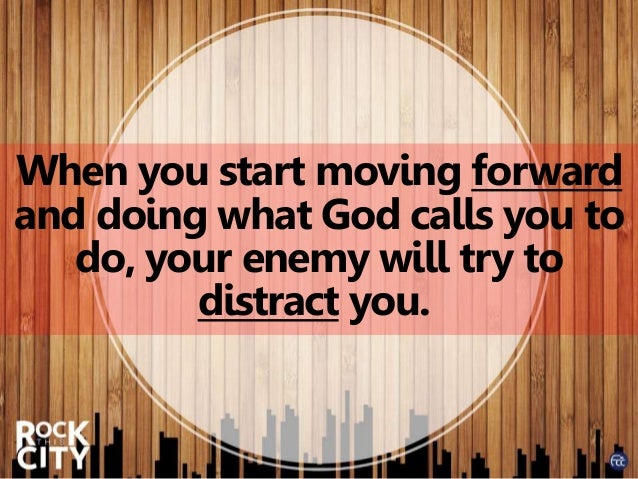 A Trio of Sinister Sanballats

Since THE MYSTICAL BROTHERHOOD came on line in the form of a group, I’ve encountered a trio of “Sanballats.” All three initially presented as sold out, on fire intercessors with a passion to build the house of prayer. But, soon enough, all three manifested their true intentions: to distract the builders from God’s work. These deceived Sanballats may not even realize they are on an assignment from the evil one.

The first Sanballat came in with a commitment to pray five days a week. That lasted about a month before the truth manifested. When impure motives came to the light leadership called him out. That’s when the Sanballat spirit took its mask off and began persecuting, bringing false accusations, and calling down God’s judgment. He tried to rally others to his side but God frustrated his purposes and he faded out as quickly as appeared on the scene. We may not have an established building but God shifted directions and the Internet was opened and available. The work of the Lord must go on until the purpose is accomplished.

The second Sanballat came in with the line “You need me! You can’t do this without me!” She was actually faithful to pray and even help with administrative work in the beginning. But soon enough she began criticizing the model and the leadership. The false accusations were much more subtle, laced with feigned sincerity, but they were accusations nonetheless. This Sanballat left for another place of worship, she felt could bring her more recognition and that ministry ended in failure.

The third Sanballat was almost identical. He came in with a commitment to pray and spread the word. He never did fulfil that commitment. It was a lot of talks and inconsistent action, along with a critical, presumptuous spirit. When corrected, the false accusations came flowing in against leadership. When those accusations went unanswered, this spirit influenced him to “declare war” and demand a position above that he already was in.

Dealing With the Sanballat Spirit

Maybe you recognize this Sanballat spirit flowing in your midst. Any time you set out to build something for God, you will find enemy opposition. So how do you handle the spirit of Sanballat? Do what Nehemiah did.

When Sanballat, Tobiah and Geshem heard about Nehemiah’s plans to rebuild the Jerusalem wall, they were at first grieved. When they saw Nehemiah was executing his vision, they laughed him to scorn, despised the builders and accused them of rebelling against the king (Nehemiah 2:19).

Nehemiah’s answer: “The God of heaven, he will prosper us; therefore we as his servants will arise and build: but ye have no portion, nor right, nor memorial, in Jerusalem” (Nehemiah 2:18). Don’t shrink back from confronting this spirit with the truth of God’s Word. If you are confident in what God has called you to do, stand and build despite the scorners, despisers and accusers. And don’t give them the right to build alongside you—or to speak into the work.

When Sanballat heard that Nehemiah and his crew were making progress on the wall, he was furious, indignant and began mocking the Jews. Sanballat and his clan began speaking against the work (Nehemiah 4:1-3) and conspiring to attack the work (Nehemiah 4:6-8). Even after the wall was rebuilt, Sanballat didn’t give up. His demonic clan still sought to bring harm (Nehemiah 6:1-3).

The nonsense did not distract Nehemiah. He stayed focused on erecting the gates. As a matter of fact, he didn’t even go deal with his detractors face to face. He sent a messenger to them saying, “I am doing a great job, so that I cannot come down. Why should the work cease while I leave it and go down to you?” (Nehemiah 6:3).

Stubborn Sanballat continued demanding a meeting with Nehemiah. The Bible says he sent the same message to Nehemiah four times and four times Nehemiah offered the same response. Sanballat then started making false accusations against Nehemiah and his motives and appointed prophets to spread lies about him (Nehemiah 6:6-7) in attempts to scare him away from the work. Sanballat was trying to force him out of own ministry!

Nehemiah’s response: He ignored the threats and put it in God’s hands: “My God, remember Tobiah and Sanballat, according to these their works, and the prophetess Noadiah and the rest of the prophets who would have made me afraid” (Nehemiah 6:14). 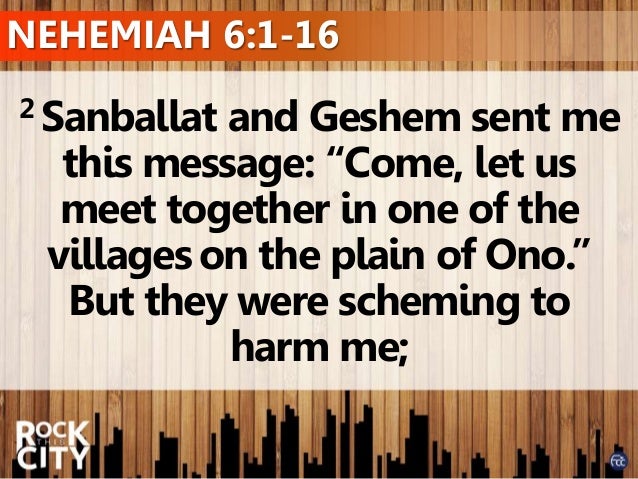 Finally, the wall was built. But it could have turned out another way if Nehemiah wasn’t resolute in his mission. Again, any time you set out to build something for God, you will find enemy opposition.

Of course, it won’t always be Sanballat, although this spirit is one that takes aim at builders of the wall and repairers of the breach. Many times it’s religious spirits or Jezebel spirits that try to infiltrate the work God has called you to do. In my Sanballat experiences, Jezebel and religion also joined in the assault.