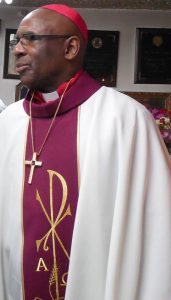 Holy Week, for members of the Christian faith, is the last week of the season of Lent before the celebrations of Easter Sunday, running from Palm Sunday to Holy Saturday. It is a time to commemorate, reflect upon, and reenact, specifically, the suffering and death of Jesus Christ, though many liturgies expand that practice to include his entire ministry.

The Days of Holy Week

In Western Christianity, each day of Holy Week has its own significance and particular celebrations. In general, believers are encouraged to follow the biblical passages corresponding to the days the Week represents, beginning with Christ’s entry into Jerusalem on a donkey (Palm Sunday), moving through the Last Supper (Maundy Thursday) and the Crucifixion (Good Friday) to the Resurrection of Easter.

Attention to the Bible highlights the contrast between the sadness and suffering of the beginning of the week with the miraculous and joyous nature of its ending. That both sorts of emotions are important to the Week’s observance is evidenced in the Easter Triduum, the three days from Good Friday to Easter, which is considered by many denominations to be the holiest days of the year.

Holy Week in Other Countries

Many countries have elaborate rituals and customs surrounding Holy Week, including Colombia, Peru, and Spain, in particular. In the Philippines (a predominantly Roman Catholic nation), where the observance is known as Semana Santa, many of the Week’s days have special observances. At Palm Sunday Mass, palaspas (palm leaves) are carried in procession to be blessed by a priest. After the service, the leaves are taken home, where they are placed above doorways and windows to ward off evils spirits.

Holy Monday is marked by the Pasaba, a marathon chant of Jesus’ life, passion, and death, which often lasts for days at a time. On Holy Thursday, the last Mass before Easter Sunday typically includes a reenactment of the Washing of the Feet of the Apostles, as well as a procession of the Blessed Sacrament before it is taken to the Altar of Repose.

Good Friday sees street processions in which self-flagellation and crucifixion as acts of penance are not uncommon. Finally, on Easter morning, Salubong is practised, a ceremony in which large statues of Jesus and Mary are processed to a meeting, symbolizing the first meeting of Jesus and his mother after the Resurrection.

For Christians the world over, Holy Week is a time heavy with the rituals of repentance and sadness for the death of Christ. It is also, however, a preparation for the elation of the celebration of his Resurrection.

"Remember, O LORD, Your compassion and Your lovingkindnesses for they have been from of old.... Do not remember the sins" Psalm 25:6-7