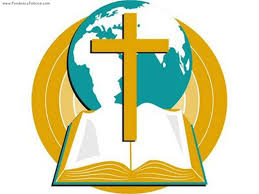 The beginning of 2016 started with the breakaway of a Bishop who wanted to be promoted to a higher office and he wasn’t qualified to fill the position. He registered his church, formed his council after the pattern of The Mystical Order and approached another church for them to consecrate him to the office he was longing for. During the years in review, it was discovered that books pertaining to the office of The Mystical Order were stolen and later surfaced on the Internet under another name.

The Mystical Order continues to function with the full establishment of the Ministry (Mystical Order Spiritual Baptist in Trinidad), The leadership was changed and is now under the newly appointed Bishop Adrian along with Starlight of Israel Healing School.

Meanwhile, preparation began for the elevation of Archbishop Sir Godfrey Gregg to the office of Divisional Patriarch. The date and time were set for October 10, 2016. The venue was to be trashed out and later announced. The battle continued to make the Mystical Order a beacon established for the guidance of anyone that is willing to learn protocol and order.

The members continued to visit other churches in New York. Archbishop Sir Godfrey continued to foster a great relationship with the members and with the Clergy in Trinidad. In the meantime, preparations were being made for the elevation of the Archbishop to the high office of Divisional Patriarch. Jehovah in Emmanuel Spiritual Baptist Church under the leadership of Archbishop Dr Adonis consented to host the Mystical Order for the elevation on October 10, 2016, at midday. The final preparations were made the day before and the service was on stream.

The Patriarch and Chief Apostle Sir Darrin was the chief officiant with Archbishop Adonis and Bishop Leslie Warner. The elevation was witnessed by Bishops of other establishments along with the two Cardinals, Matriarch Reverend Rawle, the former Secretary and other members of the church. The service lasted some five hours and food and other refreshments were served.

The ministry continued to focus on the website http://www.mysticalorderinc.org reaching hundreds and thousands of visitors daily. The administrator of the website Sir Godfrey Gregg has changed the operators of the site to WordPress and since the shift, the traffic to the site has jumped to unprecedented numbers. Many improvements were added to the site and all information is protected and cannot be copied. Visitors are tracked every fifteen seconds, location, IP address and search engines. This is a great enhancement for the website and pages that have been password protected has been opened.

The year came to a close and the start of 20117, with a call to stand up and serve the Lord calling on all ministers to be examples to the members, family and community. That was the resolution for the year and the Patriarch attended many functions in Trinidad including baptism and took a small vacation.

In October of 2017, The Patriarch and Chief Apostle HAH Sir Darrin confirmed the Divisional Patriarch HH Sir Godfrey Gregg D.Div as a full Patriarch and would continue holding Presiding Prelate AD VITAM AUT CULPAM. (For life or until fault. This phrase describes the tenure of an office which is otherwise said to be held “for life or during good behaviour.”) It is equivalent to quamdiu bene se gcsscrit: As long as he shall behave himself well; during good behaviour. This is a clause added to the certificates which give the Discipline Committee to “pull” the certificates of anyone ordained for breach of protocols of office.

In October of 2017 many clergies attended the 60th birthday party of The Divisional Patriarch and Presiding Prelate HH Sir Godfrey Gregg. It was a great gathering and shows the depth of gratitude expressed by the ministers. The following day the Patriarch and Chief Apostle HAH Sir Darrin signed the instrument of confirmation to the office of Full Patriarch