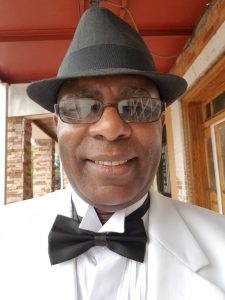 God had inspired a dream of the Promised Land in the heart of the Israelite people. They dreamed of a land that flowed with milk and honey. A land of freedom; A land where they could be free from the whips of the evil taskmasters of Egypt. Scholars say that the journey to the promise land was only a one-two week journey. However, it took the children of Israel 40 years to get there.

Exodus 13: 17, “And it came to pass, when Pharaoh had let the people go, that God led them not through the way of the land of the Philistines, although that was near; for God said, Lest peradventure the people repent when they see war, and they return to Egypt:”

We find in this scripture that God did not take the short route. When God wants to take you somewhere He may take you on the long path instead of a shortcut. Someone might ask, why did God take the long way which caused a delay in taking the children of Israel into the promised land? This delay was designed by God for a particular reason. Let’s look at three ways God uses delays in our lives.

I want you to notice that it was God that was leading them to where they were going. Sometimes God will lead you through the wilderness. But I believe that your response determines how long you stay in the wilderness.

Your test of maturity is how well you handle the delays in your life.

Sadly, the children of Israel flunked this test. They never made it through the delay. Only two Israelites who left Egypt actually got to go into the Promised Land. A whole generation had to die in the desert. The next generation got to go in. Only two of the first generation — Joshua and Caleb — got to go in. Why? Because they trusted God to take them

When you’re going through the delays in your life, there are four things that you don’t want to do. If you do these four things it will prolong the delay.

"From the brightness before Him passed His thick clouds, hailstones and coals of fire. The LORD also thundered in the heavens..." Ps. 18:12-13