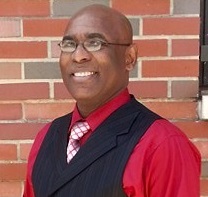 What is mankind that you are mindful of them, human beings that you care for them? You have made them a little lower than the angels and crowned them with glory and honour. — Psalm 8:4-5

Let me make a few Quotes to tie in my message. You have to read to understand what is happening to you and around you and in the community where you live. God spoke through the prophets, but in these days He is speaking through His Son Jesus Christ.

Adolf Hitler’s political philosophy has been summed up to say: “Society’s needs come before the individual’s needs.”

History, of course, tells us how that way of thinking worked out. Similarly, Communism stresses the importance of the political party over the person. In fact, under Joseph Stalin’s collectivization efforts in the Soviet Union during the early 1900s, peasant farmers were forced, for the benefit of the state, to give up their land and animals in order to become part of collective farms. This resulted in the starvation and death of many millions of innocent people.

In contrast to these philosophies, the biblical worldview holds that people matter supremely because they matter to God. And so I want to look at the message after laying a background or foundation.

Genesis 1:26-27 makes it clear that human beings are uniquely created in the image of God. We, therefore, have intrinsic value beyond that of any of the other creatures on earth, and this value is not contingent on our abilities, quality of life, or perceived worth in society.

Thus, Jesus said that God’s greatest commands are to:

Jesus also challenged us to go beyond just loving our neighbours:

You have heard that it was said, ‘Love your neighbour and hate your enemy.’ But I tell you, love your enemies and pray for those who persecute you, that you may be children of your Father in Heaven. — Matthew 5:43-45

It was out of their biblically informed mindset that the founders of the United States penned these civilization-shaping words of the Declaration of Independence: Just like in 1979 when the Honourable Robert Milton Cato sat in London and review the At. Vincent and the Grenadines Constitution before he signed it into law. He wanted the citizens of his country to have certain benefits and thank God they still stand today. I dare anyone to amend those principles given to us in 1979.

We hold these truths to be self-evident, that all men are created equal, that they are endowed by their Creator with certain unalienable Rights, that among these are Life, Liberty and the pursuit of Happiness.

It is usually people who are influenced by the biblical worldview who strive to protect the unborn, fight for the rights of the oppressed, and work to feed, clothe, and lift up those in poverty. These are practical outworkings of the teachings of Jesus, who said in Matthew 25:40,

Truly I tell you, whatever you did for one of the least of these brothers and sisters of Mine, you did for Me.

That was then, and for now, the time has really changed. It tells us that something is about to happen. In every Caribbean nation, the Constitution begins with some protected rights which are dear to the hearts of its citizens.

I pray to God that we do not let the rights that God has given to this human race be destroyed by a few through greed and political gains. After all, politicians are elected to serve the people and not to protect themselves while in office. It is wrong and sinful and God is going to get you one day. It may be too late except for God.

“The LORD’S lovingkindnesses indeed never cease, For His compassions never fail. They are new every morning; Great is Your faithfulness “ Lam. 3:22-23

HH, Sir Godfrey Gregg D.Div "But when he saw the multitudes, he was moved with compassion on them, because they fainted, and were scattered abroad,...
2020-11-30 • 0 Comments

COME CLOSE TO HIM

THE MYSTERIOUS DEALINGS OF GOD