“And delivered his strength into captivity, and his glory into the enemy’s hand.” Psalm 78:61

These words in their primary and historical reference refer to the taking captive of the Ark of God by the Philistines. What a terrific calamity that seemed to Israel! They thought that the glory of Israel had departed. To the whole world, it looked as if God were overcome as if some power had arisen that was really superior to God, or as if there was something in the world that would ultimately baffle and defeat His purposes. You can understand how, to a religious nation like the Jews, it was a tremendous and terrifying thought, as, of course, it ought to be to every man. And then this inspired writer came along being illuminated by the divine Spirit, and puts a different meaning on the whole thing–says that God designed it, says in his own poetic language that God, nobody else, God delivered His strength into captivity.

Don’t you see in a moment how that thought would animate and inspire Israel? It was not enemies who had defeated God, it was God who had deliberately done it. God had not exercised His own omnipotence; He had self-limited Himself. And if we could only understand how God, not only with the Ark for that was typical, but right down the centuries, has voluntarily delivered His strength into captivity, I think it might confirm our faith.

Well now, let’s consider the thought of God’s sovereign will. The one jubilant note of the whole Bible is that God’s will in itself is sovereign. “I formed the light and I created the darkness. I am God and there is none beside me.” Anyone who imagines that there is any will in the universe that can ultimately thwart God is not making the Bible his rule of faith and life. Of course, that does not mean that God’s will is arbitrary. God limits His rule of many things just because He is love. As Archbishop Simon said in his own deep way, “God’s being is a kind of law to His working.” All God’s workings must be love if He is love. But it does mean that God’s will in itself is irresistible, that nothing can ever ultimately baffle it, that there is no rival in heaven or in hell who can ever stand against the will of God. Don’t you see how that thought is bound up with the ringing note of triumph of the Bible? You have no assurance for the future of the world, but for the future of yourself, and yourself strangely corresponds to the greater progress of the world.

What a great comfort when a man can say, “This is the will of God, even our sanctification.” Poor, weak sinners baffled every day, it is God’s will that ultimately we will be clothed in white. But if God’s will can be thwarted, if there are powers abroad that limit His sovereignty, why, you and I in every effort may be just beating the air. Nothing may come of it. You know that makes life impossible, and therefore all the depths in your heart corroborate the jubilant assurance of the Bible. If it did not it would not be the Bible because the deepest mark of inspiration is within, and if the Bible did not correspond with all the voices from the depths of your heart, you might lay it aside as not being inspired. But when you come to the Lord Jesus, you find the Lord Jesus teaching you to pray, “Thy will be done.”

Now if God’s will is an irresistible will, and if it is always exercised as an irresistible will, why should you and I pray, “Thy will be done”? It will be done whether you pray or not; it will be done whether you help or not. It must be done if it is exercised as a sovereign will. Don’t you see you are faced by this dilemma, though nobody likes the argument of a dilemma–either the will of God is not omnipotent (a thought that is intolerable to the human heart) or else for wise, holy purposes, when God is dealing with mankind, He does not totally exercise His sovereign will–He delivers His strength into captivity. And don’t you see what His wise and holy purposes are?

And if God’s will for mankind were sovereign, if it just had to be, you could not be a fellow-worker with God. It would not make the least difference what you did, whether you prayed or worked or gave. God is so passionately eager that you and I, His children, should be raised up to the joy and honour of being fellow-workers with Him that He just does not exercise the sovereignty He might–He delivers His strength into captivity, limits Himself that His children may help Him. Surely that is a motive worthy of a father, and that is just the name that Jesus gives Him.

But does it ever occur to you that to have a purpose is to limit yourself? The builder would not take months to build the house if he could do it like the palace of Aladdin, all in a moment. The shipbuilder would not spend years and millions if he could create a ship just in an hour. And don’t you see, if God limits Himself, if God doesn’t complete His purposes in a moment, if God doesn’t say in the slums of New York and in Paul’s Lot, “Let there be light,” as He once said in chaos, it is because He is limiting Himself for a purpose. And only in a purpose can you and I, His children, ever be fellow-workers with Him. I don’t have the least doubt that the sovereign will of God could convert Africa just as we worship here; I don’t have the least doubt that He could change St. Vincent and the Grenadines and make it in a moment the Island of the Hairouna, but He does not. Don’t you see that if He did, you and I, His children, could never be His fellow-workers? I think if we could only grasp that thought, it might help to explain a good deal of the suffering in the world. It is the suffering of being sharers in a purpose.

Take, for instance, the great French general who commanded at Verdun. Well now, why did he struggle on there? Because he had the purpose of saving France. Not only he, but every man down to the foot soldier shared in his purpose of saving France. They knew perfectly well that if wounds, pain or death came, all was bound up in the purpose which they shared with their general. If God has a great purpose, and if the Lord says, “Thy will be done,” we have got to share it; and if it is a purpose in which suffering is inevitable in such a world as this, doesn’t it cast a good deal of light upon much of the suffering in the world?

The Conviction That We Are Free

I am quite certain there is no Christian who, when he makes a choice, do not feel that that choice is a real choice, determined by himself. We all recognize that much of our battle is fixed for us by heredity, but there is not one of us who does not know in his heart that his fate is in his own hands. We are free creatures.

And don’t you see why God made us like that? God’s purpose was love; God wanted beings who could be in fellowship with Himself. It would be an awful thing to be a lonely God. God wanted beings who could share His purpose, think His thoughts after Him, enter into His will, pray to Him, be His children. And no one could do that unless he was free. God could easily have made us mechanical so that sin would have been impossible so that everything we did would have been automatic. Do you think God could ever have shared His thoughts and purpose with beings like that? Don’t you see, the moment He made us free, He delivered His strength into captivity? God has created something with which He cannot interfere. The one thing God can never do, for His gifts, are without repentance, is to smash and shatter our freedom by the intrusion of omnipotence. God can do just what He does in Christ–He can woo, He can appeal, He can try to win, He can breathe His spirit on each one of us; but if we misuse our freedom, not even God will break in with His omnipotence to make it impossible.

When God made us free, He delivered His strength into captivity, and in that sense, it is in captivity still. Without our freedom what a poor, miserable thing life would be. I think all that is perhaps corroborated by a very deep feeling that God’s children have that they can disappoint Him. If a child does something that is wrong, he disappoints his mother or his father, or a husband may disappoint his wife, and you and I can disappoint God. My dear brother, sister and fellow readers, if our sin was predetermined from all eternity, we could not disappoint God, and there could be no joy in heaven over one sinner that repenteth.

Christ Was Delivered to Us

Let us consider the thought for a moment in connection with Christ. Don’t you see how it all comes to its climax, how God delivered His strength into captivity when He gave His only-begotten Son for you and me? He had done it before in regard to His sovereign will when He created free beings–He had done it because He was love. And then, in His own way, He did it to its utmost when He gave the Lord–He did it because He was love. “God so loved the world that He gave”—delivered Him to the captivity of the virgin’s womb, delivered Him to the captivity of the body that had been prepared for Him so that the Lord emptied Himself and took on Him the form of a servant. Did you ever think how often the word “delivered” is used of the Lord Jesus Christ? “He was delivered to the high priest.” “Pilate released Barabbas and delivered Jesus.” “He was delivered by the counsel and foreknowledge of God.” But most beautiful of all: “He was delivered for our offenses.” Christ was the strength of God, and God delivered His strength into captivity. The marvelous and beautiful thing is just this, that by that deliverance you and I are saved. 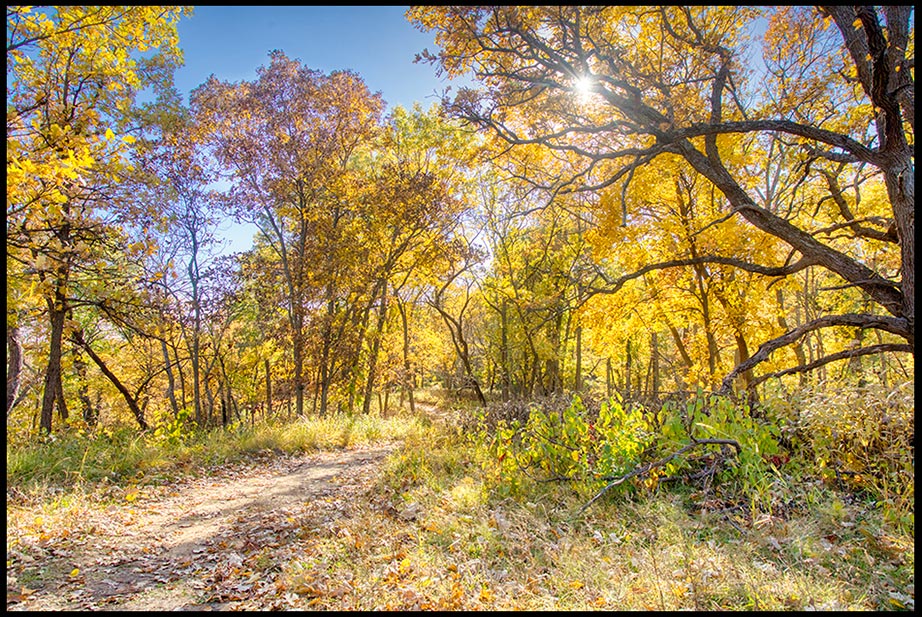 Enter His gates with thanksgiving and His courts with praise. Give thanks to Him, bless His name...Psalm100:4-5 "Give thanksgiving to God. Nature photo"

HH, Sir Godfrey Gregg D.Div But the more they afflicted them, the more they multiplied and grew. And they were grieved because of the children...
2020-11-25 • 0 Comments

THE SIN AGAINST GOD

DO NOT BE AFRAID