Steel is iron plus fire. The soil is rock, plus heat, or glacier crushing. Linen is flax plus the bath that cleans, the comb that separates, and the flail that pounds, and the shuttle that weaves. The human character must have a plug attached to it. The world does not forget great characters. But great characters are not made of luxuries, they are made by suffering.

I heard of a mother who brought into her home as a companion to her own son, a crippled boy who was also a hunchback. She had warned her boy to be very careful in his relations with him, and not to touch the sensitive part of his life but go right on playing with him as if he were an ordinary boy. She listened to her son as they were playing; and after a few minutes he said to his companion: “Do you know what you have got on your back?” The little hunchback was embarrassed, and he hesitated a moment. The boy said: “It is the box in which your wings are, and someday God is going to cut it open, and then you will fly away and be an angel.”

Someday, God is going to reveal the fact to every Christian, that the very principles they now rebel against, have been the instruments which He used in perfecting their characters and molding them into perfection, polished stones for His great building yonder.

Suffering is a wonderful fertilizer to the roots of the character. The great object of this life is the character. This is the only thing we can carry with us into eternity. . . . To gain the most of it and the best of it is the object of probation.

“By the thorn road and no other is the mountain of vision won.”

Brethren it is not where we are but what it takes for us to get there in the first place. It is your sacrifice and deep commitment in the word of God and our Lord Jesus Christ. Yes, your character is what will cement us into this heavenly chorus. 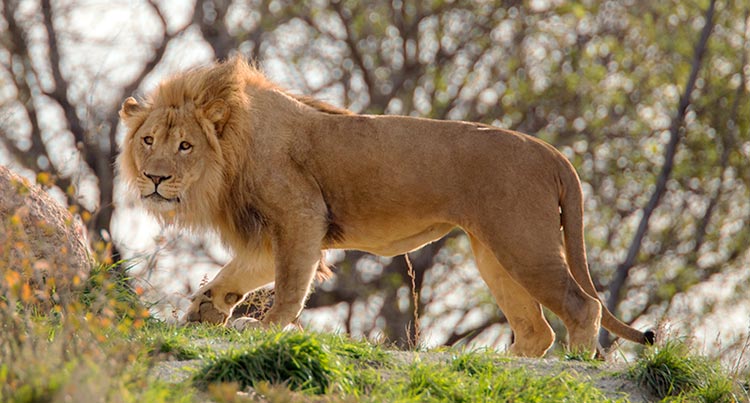 "The young lions roar after their prey and seek their food from God. When the sun rises they withdraw to…" Psalm 104:20-21

HH, Sir Godfrey Gregg D.Div And Moses said unto the Lord, O my Lord, I am not eloquent, neither heretofore, nor since thou hast spoken unto thy...
2021-12-05 • 0 Comments