Let us turn to our scripture taken from Luke 8:22-26 We continue to look at this portion of scripture and see what God has in store for us.

22 Now it came to pass on a certain day, that he went into a ship with his disciples: and he said unto them, Let us go over unto the other side of the lake. And they launched forth.
23 But as they sailed he fell asleep: and there came down a storm of wind on the lake; and they were filled with water, and were in jeopardy.
24 And they came to him, and awoke him, saying, Master, master, we perish. Then he arose, and rebuked the wind and the raging of the water: and they ceased, and there was a calm.
25 And he said unto them, Where is your faith? And they being afraid wondered, saying one to another, What manner of man is this! for he commandeth even the winds and water, and they obey him.
26 And they arrived at the country of the Gadarenes, which is over against Galilee.

Jesus “arose,” but not the way I would have arose! Have you ever been awaken suddenly and unexpectantly form a deep sleep? Our normal response is to be startled, bewildered, confused and to rub the sand out of our eyes, right? However, Jesus didn’t do that. He arose and immediately He inclined Himself to them.

A. His Inclination Is To Hear Us!

That’s His nature! Immediately Jesus inclined Himself to them! God is never in such a deep sleep that He doesn’t hear our faintest whisper. Aren’t you glad for that? Jeremiah 33:3 says, “Call to me, and I will answer you, and show you great and mighty things, which you do not know.” God wants us to call on Him!

One amazing thing that doctors have verified is that a mother often has a special “ear” for her baby’s cry. Mothers can often distinguish their own baby’s cry in a room of crying babies. What in the world? For me, and most men, one child’s cry is the same as another. If you’ve heard one, you’ve heard them all. But not to a mother.

Why? Because God made her with a special “ear” for her baby. She is inclined to hear her baby.

But that pales in comparison with God’s ear for the cry of His children. Psalms 34:17-18 says, “The righteous cry out, and the Lord hears, and delivers them out of all their troubles. The Lord is near to those who have a broken heart, And saves such as have a contrite spirit.” In your trouble, cry out to God — He’s waiting for you.

B. His Inclination Is To Help Us!

Although Jesus was sleeping, I think the disciples misunderstood the nature of His sleep. Just like today when everything around us appears to be silent and there is no way out. Remember that Jesus is in your ship taking a little sleep. They evidently thought that “sleeping” meant that He was unaware of their present danger, or that He was unconcerned for their personal lives, or maybe He was unable to make the difference that they needed. Don’t be fooled when this situation arise and take things for granted. God is not deaf that He cannot hear, you just have to call on Him and wait for Him to answer. The problem with us is we are always in a hurry and want the answer in our time without delay. I say to you this morning to wait on the Lord and let Him renew your strength. It is only then we can say that Jesus is our Lord. 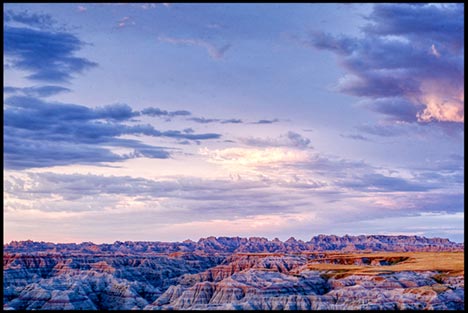 "Ascribe strength to God; His majesty is over Israel and His strength is in the skies." Psalm 68:34

THE MEMBERS OF HIS BODY

BEING KNOWN IN ADVERSITIES (Part three)

HH, Sir Godfrey Gregg D.Div The Condescension of God's Love There was one other comfort for the psalmist at which our text hints unobscured. He...
2021-05-03 • 0 Comments

BEING KNOWN IN ADVERSITIES (Part two)

HH, Sir Godfrey Gregg D.Div Hidden Burdens It was a great comfort to the psalmist also that the Lord had pierced through every disguise. That...
2021-05-02 • 0 Comments

BEING KNOWN IN ADVERSITIES (Part one)